Ray Castleton Writes On Behalf of The People

When Ray Castleton started his apprenticeship as a carpet fitter in Sheffield the idea that one day he would end up writing plays about the working class communities he grew up in never entered his head - let alone forming his own theatre company.

On Behalf Of The People is the second full-scale production by The Melting Shop company he formed with producer/actor David Chafer and it is on the road from 25th May to 20th July. As well as running the company, Ray has also written this new piece focusing on the impact of Atlee’s reforming Labour 1945 government on a post-war mining community as they brought private companies into public ownership.

“What I did was to take nationalisation as being the middle year in the story, because I wanted to show people the causes of nationalisation, why it had to happen and then the good or evil of what it did.”

Feminist writer Carol Hanisch is often credited with creating the term ‘the personal is political’ but Ray has used that theory to craft a piece where he tells the story of this seismic economic policy change through the lives of the mining Mason family. 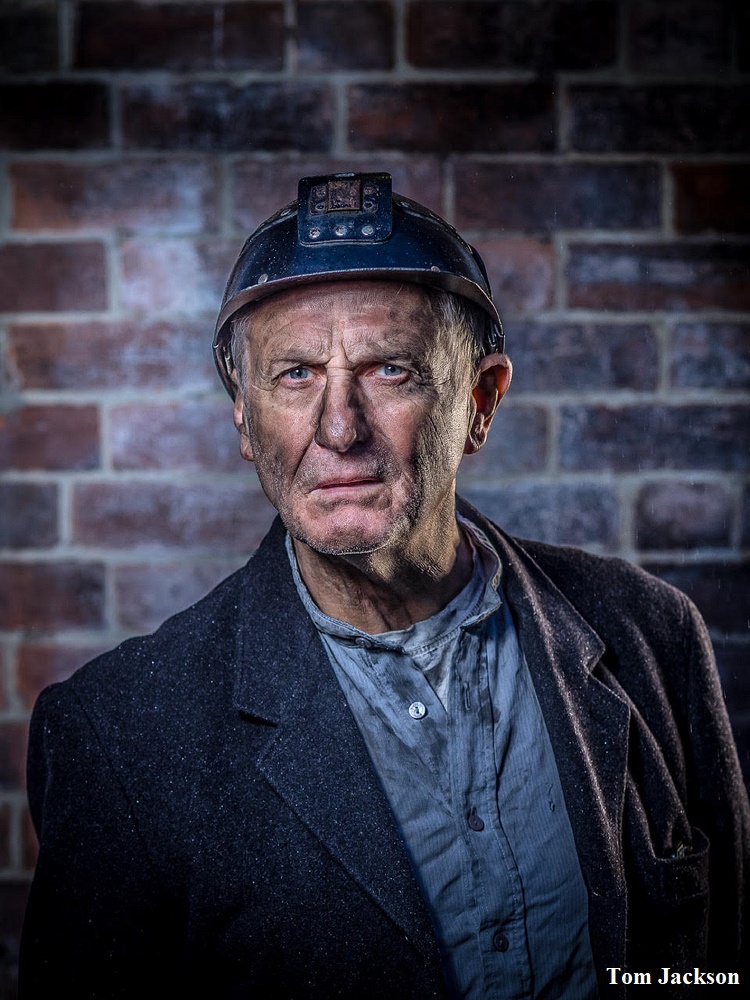 “If you make it about politicians, or union leaders, people switch off because they are absolutely tired of it, but if you make it about an ordinary family then people will connect with it, and enjoy the play on that personal level.

“I start the play in 1945 with a young man, Tom, returning from war to see the causes of nationalisation and what it meant to the country at the time. It then goes though the election of the Labour government that brought it in, the birth of the NHS and the welfare state.

“It ends with the Queen’s coronation so that people can see the optimism that those policies brought where people had decent houses for the first time, free medical attention and people knew if they were out of work they weren’t going to starve to death.”

That golden generation had spent six long years of their life fighting the Nazis, and seen their mates die, so came home determined that they wanted a fairer society for them, and their loved ones who had kept the home fires burning. The trials and tribulations of the Masons were inspired by an event in Ray’s own family after peace had been declared.

“The youngest son Tom who returns from the war, and this is based on my father in law’s story who came back in 1945 to the steelworks, but his best friend didn’t. His parents always blamed my father in law for his death because they didn’t have to join up as they had reserved occupations, but a lot of them like my father in law and his mate were determined to fight fascism so they went.

“I’ve taken the nucleus of that story, and twisted it a bit, making it about two brothers where the eldest son doesn’t come back, and he is the apple of his dad’s eye, so he blames Tom for joining up first.

“The mother is mourning the loss of his son, but she is trying to keep the family together, so she is a really strong character, and she wants to get them round the table to talk. The women are not just there for stage dressing, so they are really feisty characters like working class women were and are as they keep the families together.”

The obvious question is how relevant is a play commissioned by a museum dedicated to the memory of a mining industry that barely exists in this country, and about the industrial policy of a government that left power over half a century ago. Ray thinks the issues On Behalf Of The People raises are as relevant as they ever were, and maybe more so in a nation with one million people using foodbanks.

“Without the health service, which came in that time, we would be in a pretty sorry state, and without the nationalised industries this country would been bankrupt as there was a complete lack of investment through the 1920s and 1930s into mining and steel,” notes Ray. “One of the most positive things about nationalisation is it took the issue by the scruff of the neck and made the country into an industrial power in the 1960s, 1970s and early 1980s.

“A lot of the things that are being undermined and taken away from us that that we have enjoyed over the last 70 years are as a result of that government.”

Lots of people who have lived in or worked in working class communities are uncomfortable with the romanticism of some creatives, like Ken Loach, who often have a rose tinted view of life on the fringes of society because they have never walked in those people’s shoes.

“It’s the middle class intellectual’s view of the working class. I’m the youngest of four sons and my father worked in a steelworks making agricultural implements, my eldest brother was a saw grinder, and my other two brothers were apprentices in the steel mills.

“I left school at 15 in 1963 as people were buying more consumer goods on HP so retail was becoming a stronger industry because as a result of that the 1945 government as people were more prosperous. I said to me dad I’m not going into the steelworks, but he had mellowed by then, so said I don’t blame you son.

“I’d been offered a job as an apprentice carpet fitter with the Brightside and Carbrook Co-op where most of the customers were working class steel workers could afford carpets for the first time.”

Ray became one of the local carpet kings, establishing successful showrooms across South Yorkshire, but as he neared retirement age his health began to suffer resulting in a dramatic change in direction.

“When I got to 60 I had a breakdown as the business had just got too big and I was feeling the pressure of it. I decided to sell up and applied to university to do a drama course, as I’d always done bits of am dram, so I wanted to learn how to do it properly.

“I got a place at Leeds University on a BA theatre and performance course and graduated at 63. I picked up work as an actor, and I found people liked what I was writing, so all this has happened in the last eight years really. I’m a working man who has found a bit of acting and writing to earn some money, which is nowhere near what I used to earn, but I’m loving every minute of it.”