In a long career at the very top of rugby league with Leeds Rhinos no-one has ever accused Jamie Buchanan-Jones of ducking a challenge and now he is taking on arguably his biggest yet treading the boards in a new Red Ladder Theatre production.

The England and Great Britain international prop forward is playing Doorman Dave in Anthony Clavane's short play Playing The Joker, which recounts a highly charged meeting at the Queens Hotel in Leeds between legendary rugby league commentator Eddie Waring and a young fan grieving for his dad.

Jamie is one of those people who is always game to try something new and is one of new breed of rugby league players who are becoming actors.

“There are a few rugby league players who have gone into acting like Adam Fogerty and Rob Parker more recently doing a lot of work with Tom Hardy,” notes Jamie. “I enjoy telling stories which I’ve realised about myself over the last two or three years. This play is a different of telling stories and bringing up the issues and discussions about the game in general.”

As well as causing mayhem on the pitch since his Rhinos debut way back in 1999, Jamie has been building up his media work fronting Rugby AM on television, writing columns for league publications and contributing to websites. He clearly loves his sport happily spends hours talking to corporate events and community  groups about rising to the top of the game in his hometown, but his new challenge is way outside his normal comfort zone. 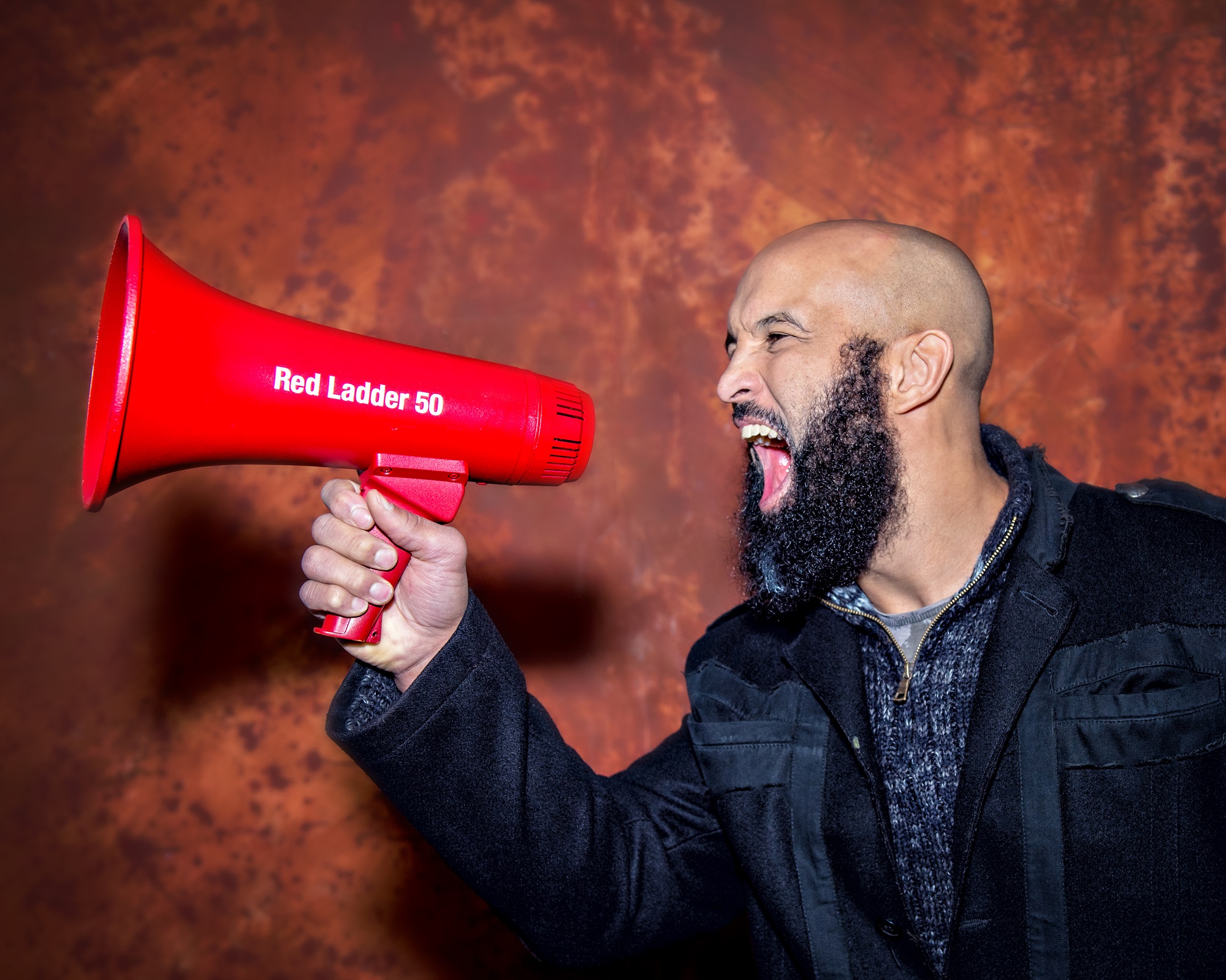 “I’d say acting is weakest one and that’s probably because it's the one I have done the least of, but it is certainly something that I’m enjoying, and making the most of that opportunity.”

“Eddie Waring I’ve come to realise was arguably one of the greatest rugby league storytellers there has ever been, and I have a real empathy with him. I did a short documentary about the 1968 watersplash final and these famous words ‘poor lad’ about Don Fox.”

That day Waring painted a poignant verbal picture of Don Fox’s misery after missing a last minute kick in front of the posts that would have won his Wakefield team the Challenge Cup in torrential rain at Wembley - ironically beating local rivals Leeds in the process.

His idiosyncratic microphone style made him so famous that top 1970s impressionist Mike Yarwood regularly took him off, he appeared in one of the Morecambe and Wise Christmas specials and even had the royal family taking an interest in rugby league.

“I would have loved to have met Eddie and I think rugby league has always struggled to sell itself, we’ve not had many great rugby league evangelists, and he was arguably the best. He was the guy who got royalty taking about rugby league, was the voice of Grandstand and took it down south to the southerners to put us on the map.

“Sometimes Eddie did have to play the joker, and act the goat, to be that character to get the platform, and I think it is amazing as someone who has all the great experiences I have had through rugby league. I want to do my best my best for rugby league, and if this another avenue where I get to tell a story, learn more about our great game and be inspired by people like Eddie Waring so be it.”

Jamie used his time on the long flight down under to play Melbourne Storm in the World Club Challenge to go over his lines. It’s no surprise Red Ladder cast the 6 foot tall ultra-fit forward as Dave the Doorman.

“It is probably stereotyping a little, but there are only three people in it,” laughs Jamie.” I wouldn’t say it was a simple role as I’m finding it quite challenging, but it is the easiest of the three.

“The main characters that ones that need to be played well and they’re played by two very good actors, which gives me a bit more leeway. But my character really existed and he was a fixer and minder for Eddie.”

This is Jamie’s second play having appeared in Red Ladder’s Leeds Lads in 2016, but having played for his country, and appeared in staggering 19 major finals with the Rhinos,he is no doubt which experience make him the most nervous.

“Acting without a doubt. Whenever I’ve played in a final they mean the most to me, and there is  lot at stake with thousands of Leeds fans, and your team mates as you’ve gone on this 12 month journey which you want to make the most of.

“The difference being is when playing rugby league I have a immense amount of trust in what I’ve done in preparing for that event, and immense trust and faith in the players I’m going into battle with, and should anyone of us make an error as long as it in the best way no-one is going to be judgmental.

“Acting for me is something I want to get right as I’m working with some really good people and I’m really keen to tell the right message. It is something I’m not as prepared at so I don’t have trust in my own ability.

"I do get nervous as I don’t want to let anyone down, but all these things really help us to grow as human beings, and get us out of our comfort zone.”

Playing The Joker will begin its tour at Belle Isle Working Men’s Club, Leeds on February 21st, with more dates and venues to be announced. For further details and to book tickets visit www.redladder.co.uk or call 0113 245 5311.