One could be forgiven for thinking that Manchester was awash with fledgling small-scale theatre companies - since in fact, they are. However some of these companies manage to shine a lot brighter than most. Enter Matt Holt and Evelyn Roberts who have produced, adapted and even starred in tonight's offering at Hope Mill Theatre. This is People Zoo and their highly original version of Franz Kafka's The Trial.

The Trial is a dark and sinister work, in which a young man is arrested and put on trial by the 'state' without ever being told what his crime is. It is a tale which is perhaps even more relevant now than it was when it was written.

"How do you know you are innocent if you don't know what you have been accused of?"

People Zoo's background however is firmly fixed with both feet rooted in comedy and so this rather bizarre but highly entertaining and theatrical mix of a truly heavy and disturbing theme juxtaposed with some of the most wonderful physicality and humour perfectly placed, made for a highly enjoyable evening. Of course it still made you think, and of course the message still was cleverly driven home, but using comedy as a device to do it was surprisingly efficacious. 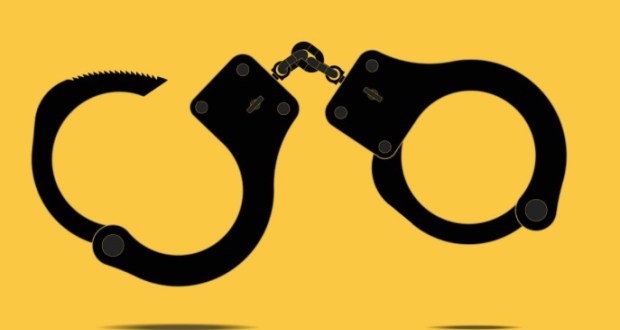 There is only one thing I would say about the use of comedy in this adaptation. Josef K's descent into utter despair was less real because of it. The scene with the three girls and Italian painter was utterly stunning, but it came too soon in Josef K's deterioration. The build up to this scene in other words had still been too frivolous and this therefore came somewhat out of the blue. Similarly with the end of the play. A bigger build up to this cathartic moment for me at least would have been preferable. [and the strands of material blood made a mockery out of it, and brought the scene back to a place of comedic irrelevance.] The comedy certainly helped us to detach us and disassociate ourselves from the horror and violence, but we needed to, at some point be made to sympathise with Josef K, otherwise his predicament and his actions had little or no significance.

That being said however, taken as a whole the play was an utter delight.

My only other slight concern was that it was the wrong space for this play. Set in thrust formation (audience on three sides), the main playing area was really too big and underused. When scenes were being played straight out to the front section then they were too far away in relation to the amount of bare forestage. The gap between the chairs used for entering and exiting, as well as bringing on props and furniture was also too narrow. The audience members there on both sides were constantly having to move their legs or readjust to accommodate the actors and set.

Directed by Craig Sanders, well known for his love of comedy and the bizarre, coupled with People Zoo's comedy background, it was something of a winning combination. I have to admit that my heart sank when I read the programme to find that 5 actors played 22 parts between them! I am no fan of doubling at the best of times. However, these transitions were smooth, carefully considered and each character change obvious. This made our understanding much easier and in fact, made the whole nature of Josef K's predicament all the more helpless, as indeed he really didn't know who, if anyone, he was able to trust.

"Is anyone truly innocent?"

With a simple but practically perfect set design and good costumes and lighting design all helping these talented performers to create this thought-provoking, rather anarchic piece of theatre which was something of a mix between A Clockwork Orange and Fawlty Towers, it made for visually interesting and audibly exciting theatre.

William J Holstead played Josef K in a most unique way. His use of physicality and changes of speed were a delight to watch. And the 22 other characters in this story were played with aplomb and creativity by Adrian Palmer, Amy Gavin, Evelyn Roberts, Matt Holt, and Sarah Legg.

The Trial plays at Hope Mill Theatre until Saturday and then transfers up to Edinburgh for a run during the International Fringe Festival.