Narrator Mr Potts (Mycroft Milverton), is more than just a rhyming teapot as he keeps us up to speed with developments via his magical ‘ding-a-long’. We are soon joined by the oft-bemused King (Charlie Whitfield) and his personal assistant, Buttons (Joseph Mitchley), and as we ready ourselves for the debutants ball, the reluctant queen, Snow White (Le-Voguer), leads a parade of young ‘hopefuls’ – sleeping beauty and party gal Aurora (Amy Stout); Aschenputtel (Laura Mulch), Ash to her friends and most definitely not Cinderella; and newly arrived/rescued tower girl, Rapunzel (Kimberley Athawes) – lining up to meet the dim-witted Prince Charming (Simon Willmont). 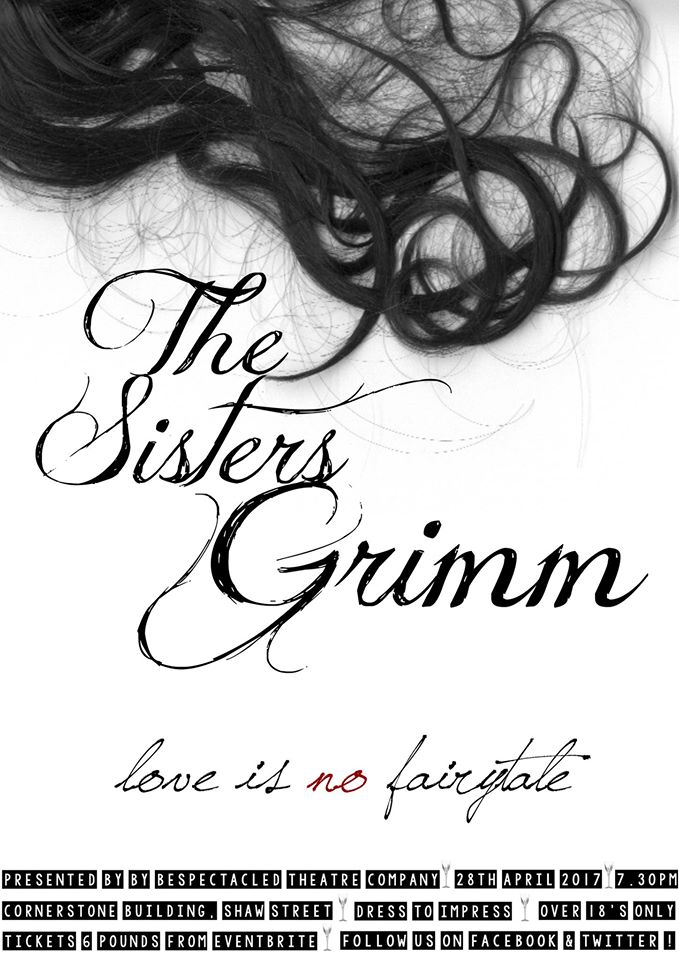 Although Rapunzel is new to the scene, the other ladies are made of sterner stuff and present a more sassier side to the fairy-tale mould, and whilst good humour flows, it is clear matters are not following the pre-defined order. A beautifully written scene between Ash and Rapunzel sensitively defines their newly discovered love for each other whilst Aurora is about to have her friendzone buttons well and truly pressed…

The second act sees the kingdom in trouble, with some Oedipean allusions, but as our heroic characters become reconciled, the truth finally comes to the fore and justice can be levelled whilst pains are hopefully mitigated. Or are they? Because despite its settings, this tale - its characters, its story - is only a fairy-tale in its excuses and implausibility, and far too believable for it.

Credit to all the cast for strong performances and I enjoyed seeing stage manager, Brian Shortall, and set designer, Sophie Jones Davies, getting in on the act in a perfectly orchestrated scene-changing moment. There is a hero though: due to unforeseen circumstances, Simon Willmont, fresh from his outstanding performance as Demetrius in Daniel Taylor Productions’ ‘A Midsummer Night’s Dream’ at The Epstein Theatre, stepped in with three hours to go to play Prince Charming. Despite the script in hand, he provided an acting masterclass, delivering his lines with full aplomb.

Bespectacled Theatre Company is dedicated to challenging perspectives, creating new work, and connecting creative people across disciplines. This was their debut performance of an original, in-house written piece. I thought the fairy-tale context was an inspired way to explore what we consider to be modern issues in relation to the societal exploitation of women even though, if somewhat masked, they predate the fairy-tales they often appear in.

I enjoyed the production under the direction of Zara Marie Brown although it felt at times we were perhaps ‘told’ more than we were ‘shown’, and whilst I understood the purpose behind the alternate ending, I would bear in mind Gabriel Byrne’s advice in relation to his directorial debut of the intricately clever ‘The Usual Suspects’: trust your audience are intelligent enough to get it.

I am disappointed about one thing: this was a one-off performance which is a shame as it bravely tackles some powerful issues. Perhaps the company would consider further performances, maybe as part of the upcoming Liverpool Fringe Festival?