The 25th Annual Putnam County Spelling Bee is a gem of a musical which is not often performed for some inexplicable reason. Last seen in the West End in 2011 and on Broadway in 2005, being nominated for six Tony awards. Bucking this trend St Paul’s Players bring the Bee to Adlington Community Centre and what a joyous evening it is.

From start to finish this is a highly engaging and entertaining musical featuring a strong cast of 9. The contestants whom have all triumphed in regional heats are introduced to the audience one by one entering from the back of the auditorium. Awaiting them on the stage are the officials, adjudicator Rona Lisa Peretti (Joanne Hornby), Vice Principle Doug Panch (Robin Armstrong) and Mitch Mahoney (Jack Corrigan).

The synopsis in the programme describes the show as a tale of overachievers’ angst chronicling the experience of adolescent outsiders vying for the spelling championship of a lifetime. Six young people in the throes of puberty, overseen by three grown-ups who barely managed to escape childhood themselves, learn that winning isn’t everything and that losing doesn’t necessarily make you a loser.

There are in addition to the 6 contestants an extra 4 whom are picked from the audience and invited on stage to take their place and the chance to become Spelling Bee champion. This is almost unique in musical theatre and provides a great addition to the show. At last nights’ opening performance one audience member proved a little cleverer than anticipated (no offence intended) and forced the judges to dig out an ‘emergency word’ in an attempt to defeat this challenger.

Throughout the show we learn of the individual backgrounds of the contestants through some very cleverly worded songs performed without exception perfectly by the entire cast and supported by an excellent band under the direction of James Eccleshare. One by one the dedicated spellers are eliminated from the contest as the words become increasingly problematic to spell.

There are a number of shining performances in this piece amongst a stage full of stars. Hornby as Rona commands the stage with the same confidence as she does the contest, with a stunning voice to boot. Armstrong as troubled Vice Principle Panch has perfected the role with his monotone delivery of both the words, and at times hilarious descriptions. However, for me the performance of the night went to Brabin as Barfee. His mannerisms, ‘magic foot’ and comic timing were sumptuous and a joy to watch.

On a sparse stage which the cast filled with ease there are some superb sequences and flashback scenes with the montage in the second half being by far the most impressive. There are some surprises along the way, especially when the stage opens up to reveal a guiding light!

St Paul’s Players have produced a word perfect production of Spelling Bee under the directorship of Beth Eccleshare and producer Phil Armstrong.

The 25th Annual Putnam County Spelling Bee plays until the 5th September at Adlington Community Centre and tickets can be booked HERE, we don’t advise missing out, you may end up on stage and win!!! 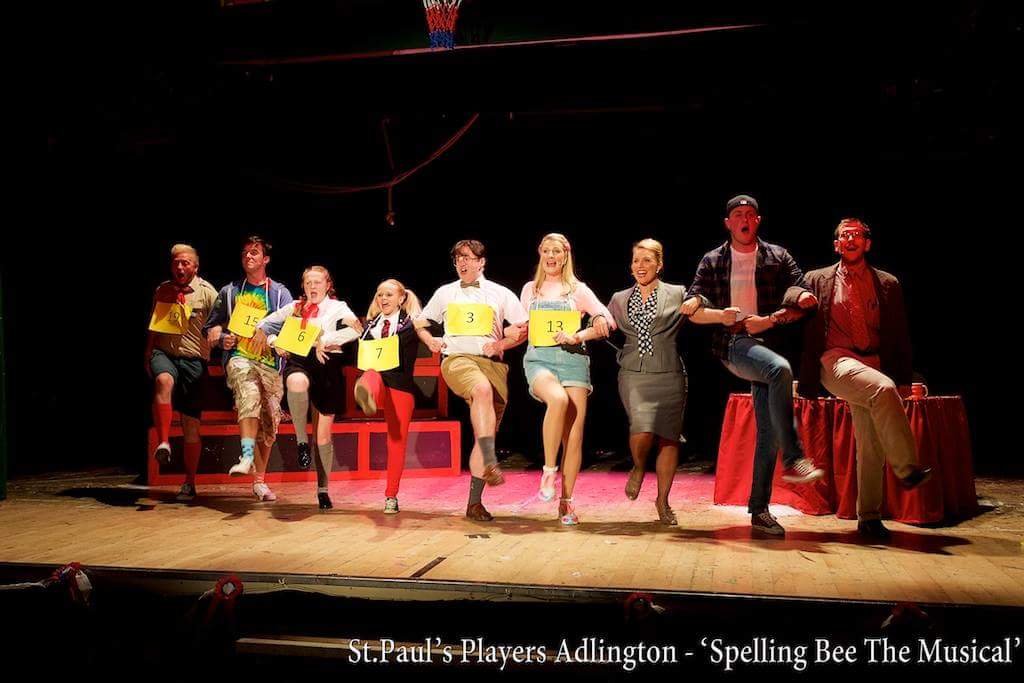