And so, on yet another night of unpredictable weather, I surprisingly opted to attend the ‘showcase’ of Salford City College’s BTEC Extended Diploma in Performing Arts (Acting) students in the studio space of The Lowry in Salford Quays, near Manchester.

Attending with an open mind but expecting more of a showcase of solos and group pieces from musicals and well known plays and shows, I quickly realised upon entering the auditorium that it was the presentation of a pre-written show by Steven Berkoff called ‘East’. Labelled as “Elegy for the East End and its energetic waste”, this ‘verse play’, set in 1975, reflects a stereotype that everyone on the capital’s East End was full of expletives and often horny - a show certainly not for viewing or to be heard by under 16s (as confirmed on the ticket, especially with the excessive use of the C word - I appreciate this is in the script).

Comprising 19 scenes continuous with no interval, we gain insight (apparently) into the lives of Mike and Les (Connor Gorman and Callum Goulding in the first few portrayals) who first appear on stage after the backing track of “Maybe It’s Because I’m A Londoner” which acted as an overture even if it did suddenly cut out rather than being nicely faded down. Directed by Kevin Rowntree, this sets off the complex plot with a Shakespearesque duo of monologues where they tell how they met and describe a fight with a gang over Mike's girlfriend Sylv (Finley McDonald), although this is not at all clear until she recites how the boys fought over her in the next scene. A Cockney accent is well-maintained by most of the cast throughout the whole and, despite the intensity and, in parts, rather aggressive and seductive manner, didn’t waiver.

‘Dad's monologue’ is the third scene and, if I am honest, was the weakest of all. With Jacob Fletcher as Dad being rather robotic and unsure about where to place and move the various items that he picks up from the table set as the breakfast-time in the kitchen of Mike’s family home. He talks - although I am unsure of his intended accent - of the days when fascists fought in the streets of London, after a well-choreographed scene change that cleverly represented a silent movie with the flickering lighting effects, but it, as various aspects of the story, gets somewhat lost and loses substance. His acting does improve later on. 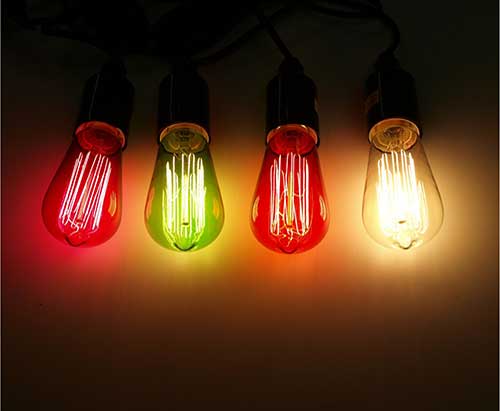 With instrumentals of Nina Simone’s ‘My Baby Just Cares’ acting as background for the scene change action of a well-acted and thought-out line letting pone another into seat of an invisibly restricted cinema row where they would express over the top facial reactions to the likes of ‘the Magnificent Seven’, ‘Carry On Abroad’, ‘Psycho’ and ‘Love Story’; each with their theme tunes, there are also backings for ‘I’ve Got A Lovely Bunch of Coconuts’ which was awfully out of time and upheld the theme of out of tune singing.

Next, with a change of portrays by different actors (Bilal Haji as Mike), we witness Mike seducing Sylv and she then (with the role split between Georgia Birchall and Leah Smithies in a shadowing form, both of whom were great) sadly compares the care-free life of men with the life of women, before we see Les feeling sorry for himself thinking of his life working in a clothes shop (another part split between three: Kristian Welch, Mariana Vale and Tyrone Cullen who were all stand out performers), after a well-directed fairground scene at Kersall Amusements which features the ‘ensemble’ (who double as parts) split to show three rides.

With Ryan Miller as another stand out (not least due to his height), we see him as Dad with Mum (Rosie Pook) reflecting on the boring life that she leads. ‘On a bus’ Les sees a beautiful woman and the rampancy returns before ‘The Motorbike Mime’, Dad's Soliloquy for happier days (Rhianna Taylor and Lisa Kambirienda) and Mum’s recollection of a sexual encounter with a ‘stranger’ in the darkness of the cinema - the twist of which was lost slightly. We conclude with a dance sequence on ‘A Night Out’ and piece about They Kray Twins.

In a show of such complexity, aimed to “heighten the physical style and explore the contradictions and conflicts that haunt these troubles characters” and “display, in uncomfortable detail, contradictory human truths and the tensions that lie beneath”, it was nice to see each performer get their chance in the spotlight through the sharing of roles and I have no doubt that “[They] will not end [their] days like this” but will progress on to further their careers and development as performers. Due to the, possibly intentional, out of tune singing and slight lacking of polished acting from a minority, I can only guess that these performers wish to proceed with ‘acting’ as oppose to musical theatre. Regardless, they have potential and I look forward to monitoring it as they progress. I commend them for their performance in such an intimate space and remaining composed whilst sat patiently in character on the line of chairs set at the back of the performance area and wish to mention the production team also, in spite of the limited set an lighting and absence of microphones (performers didn’t need them as they projected well), who operated the sound and projections.

For those who dream of the stage or simply want to get an insight into what you learn on a theatre course at college, or equally those who believe the arts is a dead end, I urge you to go and see your local college’s productions and seek out those with potential and monitor it. Even if it is not a secure career of a time-filler, you meet so many amazing people and learn things that will stay with you forever. If you have a dream follow it and entertain!