Scott Ritchie Productions presents ‘The Three Degrees’ which can only be described as a wonderful night of soul, sass and enjoyment at the beautiful venue that is The Floral Pavilion.

‘The Three Degrees’ are a world renowned trio and officially the longest running female vocal group in history, proudly holding a place in the Guinness Book of World Records for this achievement. Their story began in Philadelphia in the 1960’s and remains to this day as they continue to perform their classic hits live to eager fans around the world.

The night kicked off with a thirty minute set from Andrew Randell who had the crowd clapping and on their feet in an impressively short amount of time. Randell was a complete showman as he delivered favourites such as “My Girl” and “Build me up Buttercup” in his warm, deep, soulful voice. With infectious grooves, lots of passion and funk, Randell went down a storm and left the crowd more than warmed up for the main act. 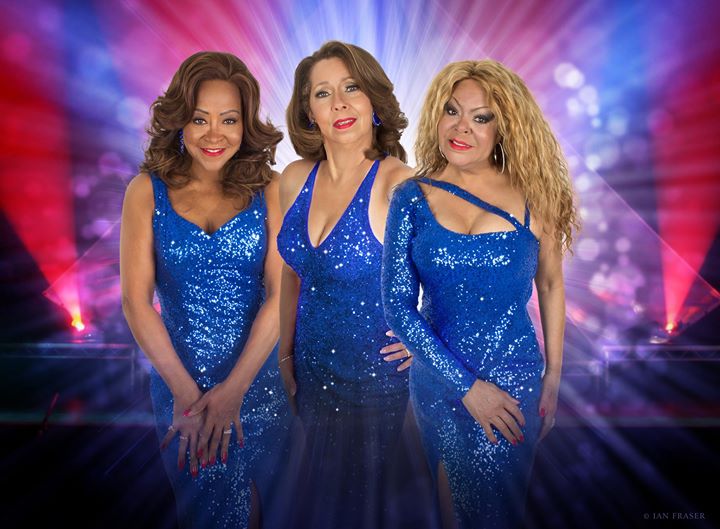 Some of the audience were upstanding from the moment ‘The Three Degrees’ walked on stage and most could not keep still throughout the show as the group belted out an array of impressive numbers in their very own timeless fashion. It is rare to see such an exciting and engaging atmosphere established from the onset and endured all the way through a performance like this. This feel-good showbiz was a tonic that left strangers in the audience smiling and dancing together and also something which clearly works for the three fabulous performers who dazzled in every way.

Although a number of members have come and gone throughout the years, the group has always remained a trio. Original singers Helen Scott and Valerie Holiday were joined by newest member Freddie Pool in 2011 to continue The Three Degrees and this combination has proved a triumph as their unique authentic sound is still undeniable. These three exceptional vocalists proved their talent as individuals and as a gifted collaborative group in perfect sync with one another as they sang in glorious harmony. From the glitz and glamour of their sparkling gowns to their iconic timely dance moves, these ladies were slick, professional and totally at home on the stage.

The performers were accompanied by their own live band who superbly supported the well-known classics such as “When Will I See You Again” “Dirty Old Man” and “Take Good Care of Yourself”. We were introduced to them individually and treated to some impressive instrumental solo’s that showcased their expertise. I felt that the sound balance was askew when the three vocalists and full band came together as the singers were competing with the volume of the band. This meant that some of the intricate harmonies were difficult to hear on some occasions. However this group of talented musicians, under musical direction from Wayne Morgan, were noteworthy in their timing and technique and undoubtedly enhanced the overall atmosphere extensively and were invaluable in the success of the whole production.

From the moment Randell entered the stage, to the final cord from The Three Degrees band, I couldn’t help but smile and get involved with the fun echoing through the audience. I was in awe of Holiday, Scott and Pool who have devoted their lives to show business and continue powerfully to showcase their natural stage presence and effortless charisma to thousands of fans throughout the world.