When was the last time you went to the RNCM? So many of us go past it on our way into town or work I’d never thought of going to see something there. However last night’s concert ‘Noche Caliente’ has the RNCM firmly imprinted in my head as Manchester not-so hidden musical gem.

A great turn out from this well-turned out audience meant there were only a couple of seats left in the whole house, no mean feat in a 600 plus seat theatre. Despite a frostier welcome from the front of house team than I’m used to as theatre goer, the relaxed, warm welcome by RNCM tutors Dave Hassell and Andy Scott more than made up for it.

The Big Band is made up of RNCM students and led by tutors Hassell and Scott, it’s a delight seeing the full accompaniment of instruments before your eyes. Five saxophones, each tone represented plus four trumpets, four trombones, a piano, bass, guitar and a gorgeous smorgasbord of percussion: drums, bongos, cowbells, shakers, the instruments kept coming Mary Poppins-style. Their mission: to play Latin jazz. Straight out of the gates the band pin your ears back with Tito Puente’s Para Rumberos. Hassle on the shekere roams the stage, summoning vast amounts of energy and fun from the band. 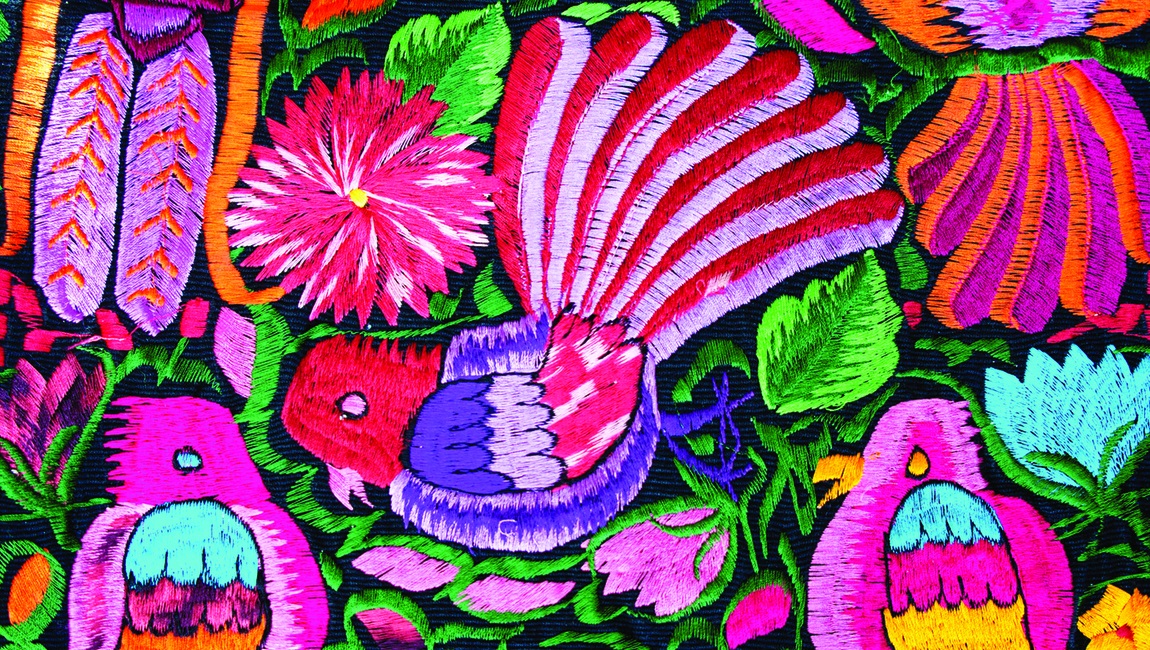 What’s great to see is the sheer ease and enjoyment the students have, I forgot on numerous occasions they weren’t improvising and were in fact meticulously rehearsed. Scott points out who’s due a solo next and each student impresses. Alexander Huxley on trumpet stands out playing with brilliant precision and style, while saxophonist Nicholas Seymour embodied the freedom and rhythm of the whole night, catching the eye as much off his instrument, as on it.

The set list was well-structured and Hassell’s ad libs between songs gave the set a story, the song Amigos Absentes written by his late friend and band member Phil Chapman and played in his honour was my highlight. Trombonist Joe Sharples pours mournful, lingering tones out of his instrument and when some of the saxophone section pulled out flutes the theatre was filled with beautiful harmonies.

One of the most exciting moments of the night was seeing the two seasoned professionals Hassell and Scott play the start of one of the numbers as a duet on saxophone and drums. Having the music being created in front of your eyes was magnificent, especially as Hassell bends and contorts as if the music infects him.

The visuals projected behind the band and later onto the sides of the theatre as well, impressed with their innovation and there were some moments were they really complimented the energy of the band.

The night ended with the well-known Oye Come Va, made famous by Santana and the film The Big Lebowski. The whole audience swayed in their seats, the trombone section held it down with synchronised dancing and eventually the whole band was taking part it in a Mexican wave.

For two and half hours the RNCM Big Band takes you to an outstanding Latin world and establishes its place in my heart as a place for music lovers. Don’t be put off by its grandeur, this place is all about the music.