The Christmas musical at the Royal Exchange has become an eagerly awaited event on the Manchester theatrical calendar and this year they deliver a sumptuous feast for the eyes and ears in this festive season.

Based on the memoirs of Gypsy Rose Lee, the highest paid striptease artist in Burlesque, ‘Gypsy’ charts the relationship between a daughter and her overbearing monster of a Mother Rose, as they tour the United States during the 1930’s depression. Rose (Ria Jones) is everything we know and hate about the archetypal stage mom; interfering, overbearing, pushy, brassy and loud, she will stop at nothing to see her daughters name in lights. 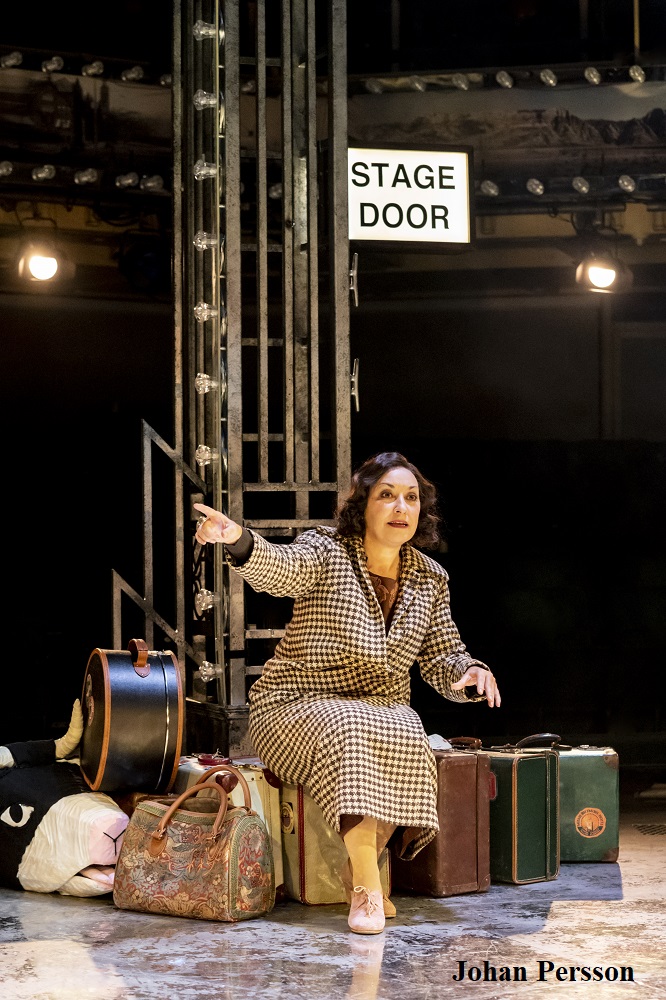 When her younger daughter Baby June (Melissa Lowe) elopes leaving the act rudderless, she barely pauses before transferring her ambition to Louise (Melissa James), forcing her into the limelight rather than accept defeat. Louise morphs before our eyes into the eponymous Gypsy and breaks free of her mother to gain independence, before a reconciliation/cease fire is uneasily brokered in the final scene.

The book by Arthur Laurents is a brilliant study of the thwarted ambition of Rose and her unyielding drive to see her dreams played out in the form of her daughters success. She drives away Herbie (Dale Rapley) the erstwhile agent who truly loves her, opting to be bottom of the bill in Burlesque rather than accept matrimonial happiness. Director Jo Davies and Ria Jones have expertly combined to pull these strands from the well-known tale and given us a Rose that is not just the legendary monster but show a vulnerable woman underneath. ‘Herbie why does everybody always leave?’ is the heartbreaking question she asks at the end, doomed by her blindness, failing to see her own destructive behaviour is the cause.

Balancing the dark shades of the book are the tunes, and what a treat they are. Music by Jule Styne (Funny Girl) and lyrics by Sondheim (everything fantastic in musical theatre in the last 40 years) are a sublime combination with ‘Some People’, ‘Together’ and the show stopping ‘Everything’s Coming Up Roses’ raising the roof at the packed press night. Combining this musicality with the original choreography of Jerome Robbins to be reconfigured for the intimate round stage of the Exchange, was a challenge for choreographer Andrew Wright. Whilst some of the tap dance scenes felt slightly crowded, the elegant balletic movement of Tulsa (Louis Gaunt) during ‘All I need is the Girl’ was breathtaking in its execution and reminiscent of that other great Robbins/ Sondheim/Laurents collaboration, ‘West Side Story’.

Davies also surmounted the difficulties of staging a striptease on the round stage with a wraparound curtain descending from above, incorporated with flair into the choreographed striptease to great effect. 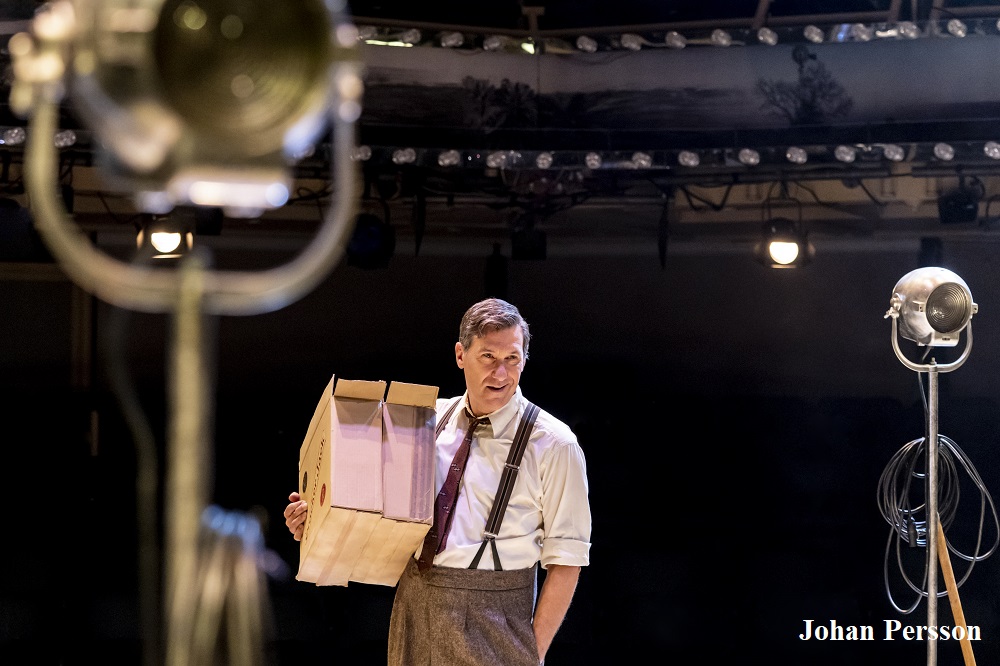 Minute attention to detail was present in the superb costumes of Gabrielle Dalton with the gaudy giving way to the elegant as June ascends the theatrical tree. An innovative lighting gantry (Colin Grenfell) that circled the stage on a track allowed sight lines to be maintained for the audience and use of the revolve was cleverly incorporated.

Strong support was offered by the cast throughout with the trio of strippers Electra (Kate O’Donnell), Mazeppa (Suzie Chard) and Tessie (Rebecca Thornhill) performing ‘You Gotta Have a Gimmick’ in the most unique way I’ve ever witnessed! Melissa James was excellent charting the evolution of Louise into Gypsy Rose, her physicality and body language marking the characters blossoming confidence, culminating in the strip scene, was beautifully developed.

However, this show belongs to Rose and the evening belonged to Ria Jones. Unafraid to visit the tough and predatory side of the character, Rose was portrayed as a pimp/procuress, but with still enough humour and tenderness to retain the sympathy of the audience. Add in a voice that would give Merman a run for her money, and this was as complete a characterisation as you could wish for from Jones.

If you like your Christmas fayre to be big, bold and brassy then you have to see this show. A treat for the eyes and ears and another musical triumph for the Royal Exchange.