The Riot Act is a new piece of theatre that explores the fatal event that took place in Preston, Lancashire on 12th August 1842. Where a protest by factory workers ended in tragedy.

A two man show written and directed by Rob Johnston. The show is touring museums and libraries with free shows, throughout May and June, followed by the Buxton and Manchester fringes.

The play is set in the Victorian era and opens with simple scenery – a table and chairs and two black top hats: accompanied by protest songs in the background. 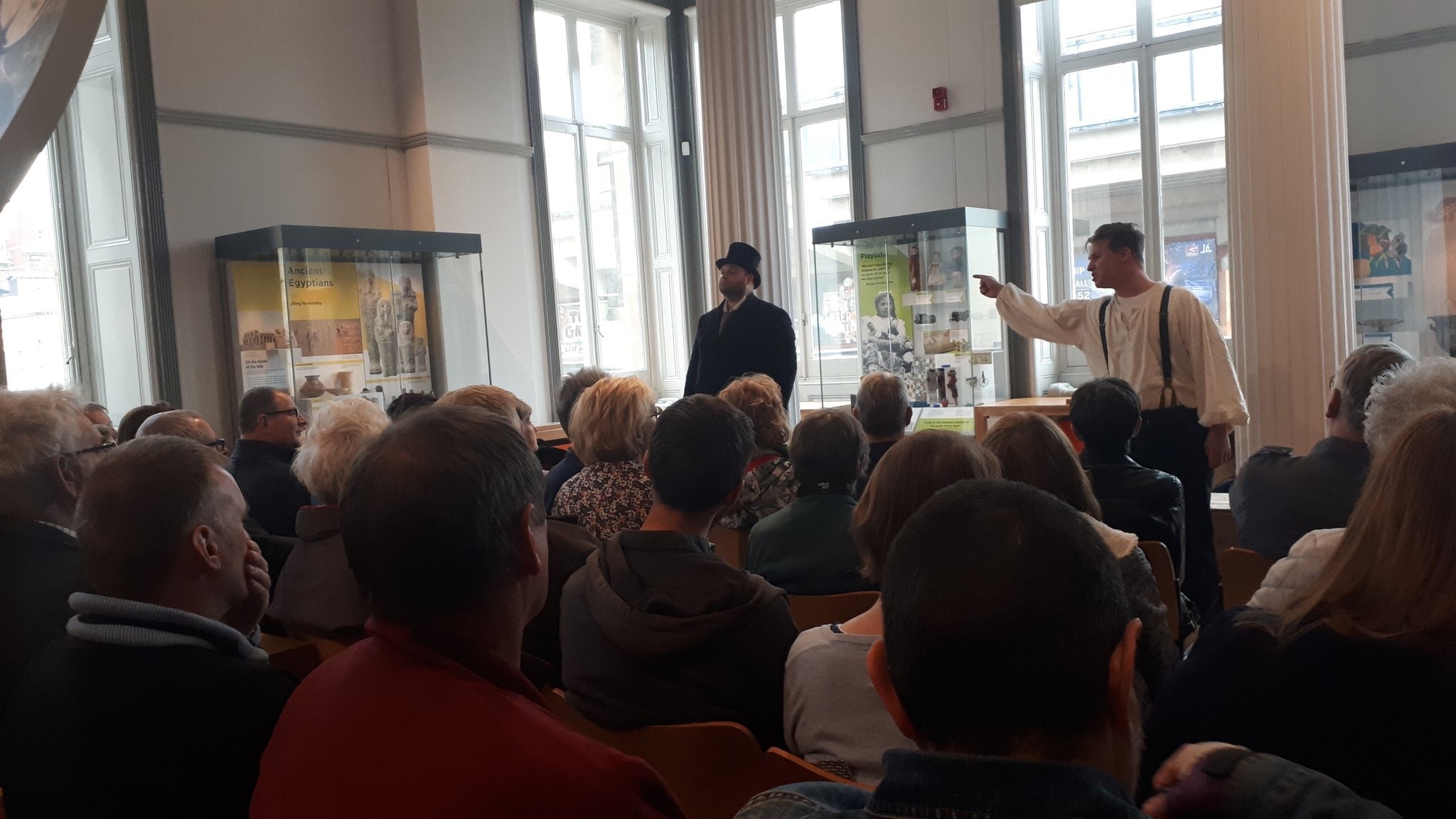 It's the day before the protest and two workers played by Jake Talbot and Christopher Ward chew the fat, over the latest strikes and how they think things will go. One named George is more naive and spoiling for a fight. The tension builds successfully with the actors' dialogue, which also gives an overview of the economy and society at the time especially in the cotton industry.

The play illustrates how conditions were poor for the weavers and cotton workers with very long hours and low rates of pay being just some of the contentions.

The other worker is more knowledgeable, he praises Mr Hunt a radical speaker of the time who supported the Chartist movement and workers’ rights. He's been to Manchester and doesn't condone violence. After Peterloo there's an ominous cloud looming and he senses there might be trouble.

Details are given of events around the time of 1842. The Riot Act serves to inform and educate the audience on the socio-economic climate of the time. Machines were on the increase and taking jobs away from humans, whilst political unrest was rising across the country.

The two actors are adept at taking on the roles of the mill workers, and show the skills by after a subtle on stage costume change from smocks and breeches to smart coats and top hats become the mill owners.

They too launch into fast paced dialogue bouncing opinions off each other. One the mayor of Preston and business owner Samuel Horrocks represents the money obsessed 'work em to the bone,' mill owner, who we discover has already been involved in some bribery over poor conditions for the labour force. His anxieties are heightened by a death threat in the form of a letter.

Horrock's fellow mill owner has more of a conscience, citing Karl Marx, which only adds fuel to the fire and the conversation becomes very heated and brimming with angry emotion.

Even all through the palpable tension, Johnston has injected some humour which works to alleviate all the horror of the events. Today the play has even more powerful impact as the venue today is only a few streets away from Lune Street where the tragedy happened and a statue marks the spot.

The Riot Act is a profoundly moving and poignant play, at time funny, at times gut wrenching and touching but nevertheless essential viewing.