Heading to the cinema this morning I was intrigued to see if everything I had read about this movie was true. I’m sorry to say it was. Cats is one of the worst movie musicals I have ever seen, and yes I have seen the Phantom movie.

Composed by Andrew Lloyd Webber to the poems of T. S. Elliot and Directed by Bafta and Oscar winner Tom Hooper, Cats is the story of the Jellicle Cats, who gather once a year so that Old Deuteronomy (Judi Dench) can audit their musical applications, and select one to be born in to a new life. The narrative is incredibly thin, but this movie actually manages to flesh it out a little by introducing romance and making Macavity (Idris Elba) much more sinister than I have seen in any production. The added factor of Elba kidnapping the other applicants so that he can be the chosen one adds to the depth of the narrative, but unfortunately takes some investment away from the selection of the Jellicle choice when Grizabella (Jennifer Hudson) is the only remaining applicant. 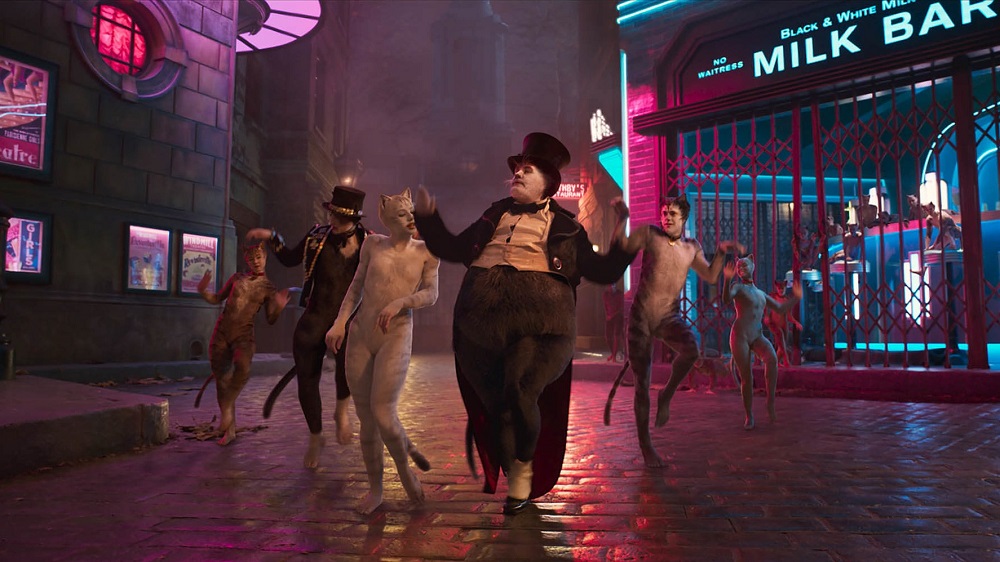 The choreography, though enjoyable at times, is rarely especially intricate and mostly feels like it had been heavily influenced by its traditional end-on staging, and does not translate especially well on screen. The dancing is excellent, with the exception of Taylor Swift in the role of Bombalurina – perhaps casting huge stars who are not actors is a little less effective when a musical has such heavy requirement in the movement department.

The singing in general is good. One of the few saving graces of the movie is the vocal performance of Hudson; her ‘Memory Reprise’ is an emotional powerhouse of a performance (ruined as ever by the interjection of the soprano part). I also thoroughly enjoyed Jason Derulo’s performance as Rum Tum Tugger, I am not familiar with pop singers but I thought his soulful rendition really stood out - however, I would prefer if his bizarre falsetto ad lib right throughout Magical Mr Mistoffelees had been left out.

James Corden plays the role of James Corden, and Rebel Wilson plays the role of Rebel Wilson - they actually play the roles of Bustopher Jones and Jennyanydots respectively. (There is no acting required as both play themselves, as they do in every movie and on this occasion it is dull and feels entirely out of place). Most of the cat puns (of which there are far more than in the stage show) are divided between these two, and they are all awful - the humour throughout is cheap and immature.

Another upside to the movie is the creation of a new character. In the absence of an audience, the arrival of a new Cat gives the Jellicle Cats a focal point for their storytelling in the early part of the movie, and Francesca Hayward as Victoria gives a superb performance. Her singing, dancing and acting are each amongst the best in the movie. She has created a likeable character, but the addition also allows the narrative so much more depth. Victoria is the link between the Cats and Grizabella for whom she shows empathy, something which the stage show lacks.

I doubt that any review will go without addressing the cinematography. Cats has some of the worst CG I have ever seen. Each time you start to see past it, something else visually bizarre happens which draws attention back to the poor graphics. It is almost impossible to enjoy the movie whilst it is aesthetically of the very lowest quality.

The performance of Laurie Davidson as Mr Mistoffelees is the other standout performance of the movie. His song is the highlight of the whole picture for me, and his character is beyond likeable. He and his magic are much more pivotal to the story than in the stage show. The romantic story arc between Mistoffelees and Victoria is probably the most relatable and engaging part of the movie.

The world of the movie is inconsistent. It is undoubtedly set in London, but the movie starts with a human in a car abandoning Victoria, so is clearly set in a human world. Later on, all of the buildings and amenities of London are Cat based. There is a ‘catsino’, milk bars, the Claw Theatre, and everything is named with a cat pun, leading us to believe it is a feline world. The setting is as mixed up as the graphics.

Cats is disappointing. It certainly is not the disaster that some reviews would have you believe, and there are enjoyable performances and moments, but I would not watch it again. Performances of Hudson, Davidson, Hayward and Derulo have earned the show a star, and the improved narrative has earned it another, but no amount of superstar casting could save this poor effort of a movie musical.