David Julien will headline ‘Thriller Live’ in his home city at the Palace Theatre, Manchester

Manchester-born singer David Julien is to celebrate two years starring in Thriller Live in the West End by headlining the show in his home city.

David will make his stage debut in Manchester when he stars in Thriller Live at Manchester’s Palace Theatre from the 10th -15th February, 2020.

David studied Performing Arts at Winstanley College, in Wigan, Greater Manchester, performing in the musicals ‘West Side Story’, ‘Crazy For You’, ‘The Full Monty’ and ‘Blood Brothers’, and first came to public attention in 2012 as an unforgettable finalist on the very first series of ‘The Voice UK’.

He joined the West End cast of Thriller Live as a lead vocalist during its record-breaking 10th year in the West End, and performs the Michael Jackson hits ‘Dirty Diana’, ‘Bad’, “She’s Out of My Life’ and ‘Beat It’ in the spectacular concert created to celebrate the greatest music ever written. 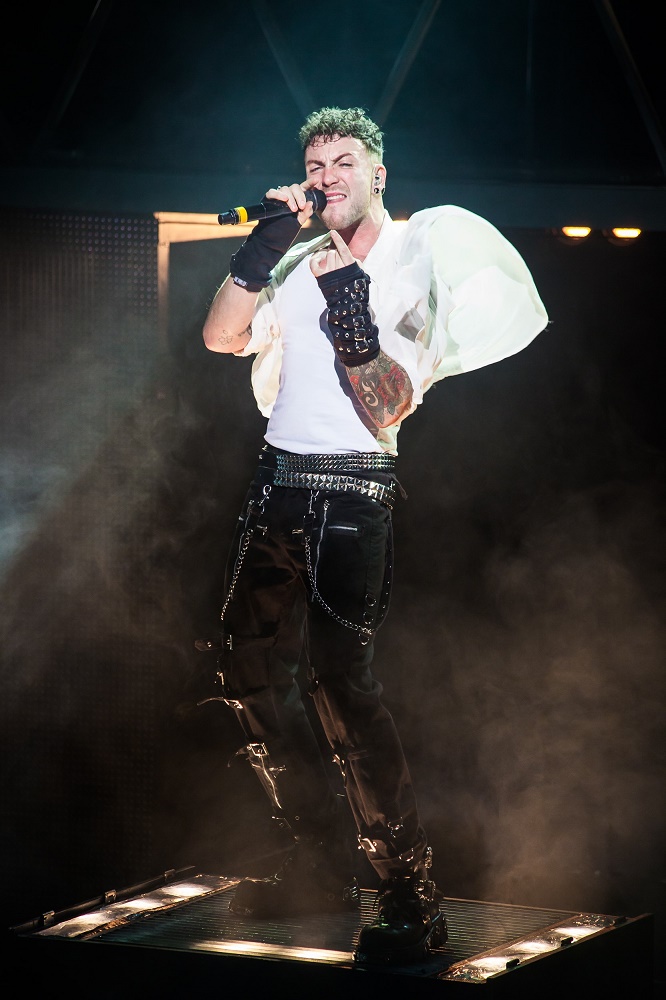 He said: “To finally get the opportunity to perform these iconic songs in my home city is a dream come true.”

Thriller Live has to date played a staggering 7000 performances worldwide - never failing to get a standing ovation - and has been seen by over five million people in over 30 countries.

It continues to Moonwalk around the world, taking audiences on an electrifying audio-visual journey through an unparalleled catalogue of non-stop hits from pop to rock, soul to disco as the cast pay homage to a musical legacy and iconic choreography executed with flair, precision and passion.

The latest UK tour coincides with the release of ‘My Life with Michael’, a revealing autobiographical look at director Gary Lloyd’s journey working with the legacy of Michael Jackson and 10 years of Thriller Live in the West End.

Thriller Live first Moonwalked into the Lyric Theatre on Shaftesbury Avenue in 2009 and it holds the record as the longest ever run of a show since the theatre opened in December 1888.

Now in its 11th year, Thriller Live is a non-stop playlist featuring highlights from Michael Jackson’s 45-year career, from his time with the Jackson 5 to ‘Thriller’, the world’s best-selling album, with an estimated 66 million copies sold to date.

Originally scheduled from January 2009 to May of the same year, Thriller Live’s run has been extended numerous times since and it continues to draw pop fans to sold-out shows at the Lyric Theatre.

Thriller Live is unlike other West End musicals. There is no script or story, it is instead an eye-popping celebration of the Jacksons’ music legacy, bringing to life on stage distinctive high-energy dancing and the pulsating sound of many of pop’s greatest hits.

Thriller Live is at Manchester’s Palace Theatre from the 10th -15th February, 2020 https://www.atgtickets.com/shows/thriller-live/palace-theatre-manchester/