Dr Dolittle visits The Lowry ahead of December opening

Dr. Dolittle the well-loved children’s’ book is coming to the Lowry this Christmas from 11th December to 5th January.

Promising some household names, Mark Williams (The Fast Show), Vicky Entwistle (Coronation St) and Brian Capron (Coronation St), we are here at the Lowry’s Compass Room to find out more.

Initially John Stalker, (Addams Family) Executive Producer, Music and Lyrics chats to the guests about what to expect. He’s got to follow last year’s festive Lowry show, Chitty Chitty Bang Bang with Jason Manford with the challenge on to make it just as magical.

He chats about the history; the Rex Harrison film (50 years old), and the version with Eddie Murphy have all served to keep the story alive. There was the 1997 version with Phil Schofield in London. He even asked at Waterstones what were the popular books that sold consistently day in day out, over the years. So after doing his research of the universal zeitgeist he was convinced he was on to something. 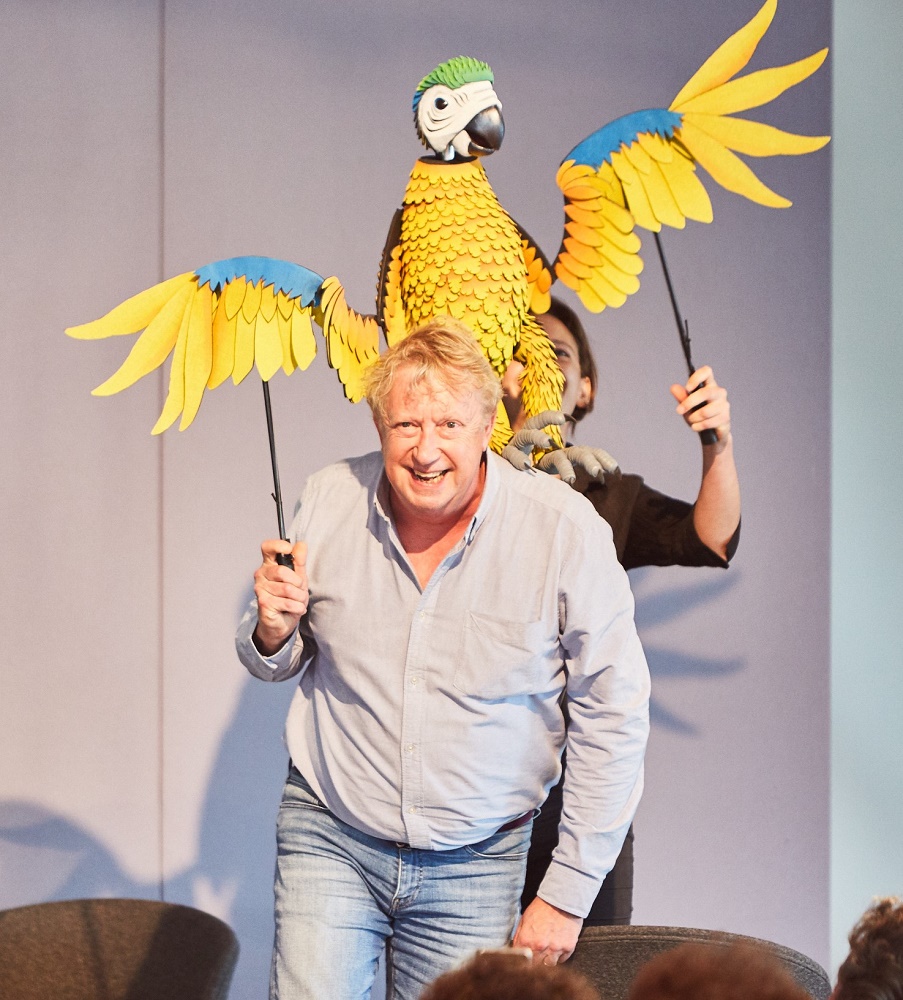 Hugh Lofting wrote the book in World War I, when in the trenches to escape the atrocities of war in his mind – a better place, where the good the marvellous and the fantastical rule.

What makes it relevant for the present day is its concern for the environment and animals, a common theme in today’s news.

A brief extract of an interview is screened of the fabulous Leslie Bricusse, the lyricist who has written three new songs for this latest production, keeping it fresh and exciting. Chris Renshaw director reminds us that Bricusse has an amazing back catalogue, including, ‘My Old Man’s a Dustman,’ which the older audience members may recall.

Tom Piper is the designer who like everyone brims with enthusiasm. He’s been inspired by the book itself, using it as a starting point and a great deal of creative imagination. He’s going to bring the book to life on the stage with puppets stepping out of it and what he describes as an ‘honest and open’ set. Not to give too much away, but a huge storm sequence, a giant flying moth and a pink sea snail!

Brian Capron is the actor who will take the role of Blossom; some may remember him as Richard Hillman in Corrie. He describes the script as full blown and Blossom as a larger than life character (apparently Attenborough played him in the film version). In the second act he takes the role of Straight Arrow, a leader of a tribe who is a cool dude.

Mark Williams (The Fast Show) is also giddy with excitement, he says in fact ‘mind-blowing.’ As an actor you don’t always get offered the interesting parts but this one is ‘joyous and life affirming, with a massive amount of energy behind.

The puppets themselves are a far cry from ‘Sooty and Sweep’ with up to two to three people per puppet. They show Jip the dog and Polynesia the parrot, their puppeteer comes along with them, giving an idea of what is to come.

Dr Dolittle plays at the Lowry from the 5th December 2018 through 11th January 2019. Tickets are on sale now from www.thelowry.com