It might be tempting for Northern Ballet Artistic Director David Nixon to turn their annual winter extravaganza into a bit of crowd-pleasing festive fun but the reality is very different.

This is a labour of love for a man who danced a version of this ballet in Berlin, and created his own vision, last seen after a world premiere in 2014, with a masterful score from Philip Feeney, an opulent set from Duncan Hayler and choreography that pushes both dancers and audience.

Nixon and Associate Director Patricia Doyle have set their version in Imperial Russia telling the classic tale of a decent hearted serving girl bullied by her evil stepmother who finally finds her Prince thanks to some magic, and a glass slipper. Many of the company haven’t danced this before bringing fresh energy and ideas, including having to master circus skills and a bit of magic. 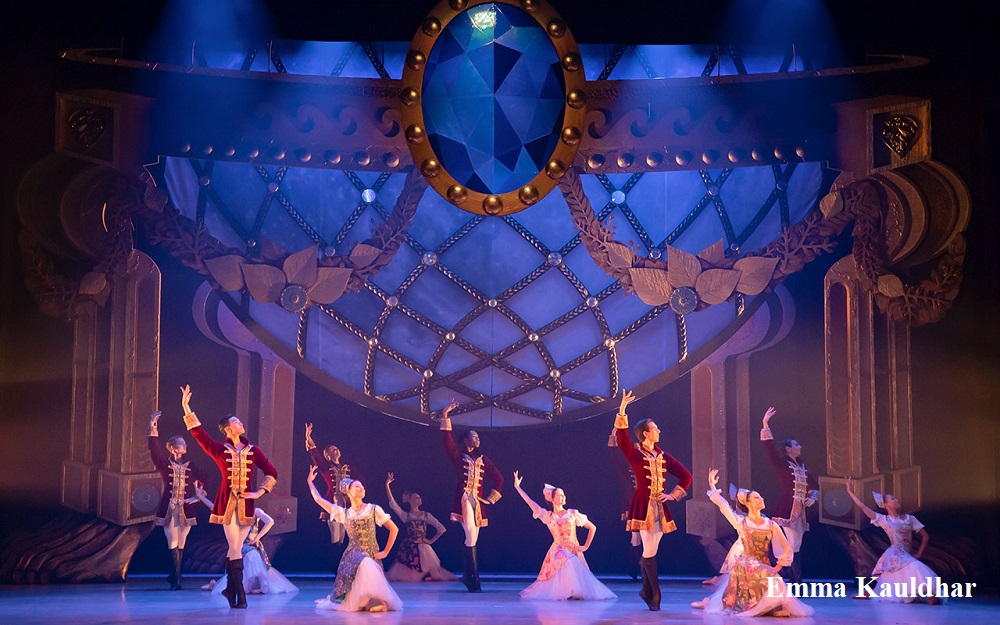 First soloist Dominique Larose is Cinderella and the soloing as she moves round the bleak kitchen below stairs conjures up both despair and hope. Her electric par de deux with Riku Ito’s athletic, cocky Prince Mikhail are technically demanding, but capture the raw emotions of new love.

Flats fly on and off stage as Hayler’s set takes us from a balmy Russian summer to an icy lake and then a stunning Fabergé inspired space where the Corps de Ballet seize their moment in a complex and joyful group dance. The moment the kitchen set turned into Cinders’ magic carriage taking her to the ball is design of the highest order.

Feeney’s score is beautifully played by Northern Ballet Sinfonia, under Jonathan Lo’s expressive baton, and is a gift to any dancer. Feeney nimbly switches from Cinderella’s despair to the self-indulgence of the strutting nobles of the court, and its sheer musicality full of unusual percussion from across the globe pushes the company though multiple mood changes.

The always impressive Antoinette Brooks-Daw is too smart an artist to turn Cinderella’s stepmother into a caricature instead her strutting, aggressive moves bring real edge to her dancing and acting. She even earned a panto style boo at curtain call.

Helen Bogatch and Ommaira Kanga Perez as the (not ugly) step-sisters preen, prance and often cower as they are forbidden to speak to Cinders by their mother. Mathew Topliss brings great wit to the mysterious Magician who repays Cinderella’s kindness with a ballgown, and he’s a dab hand at magic tricks too.

All this may seem a million miles away from the panto version, but Nixon’s flamboyant, but often intimate, chorography really interrogates the core themes of this timeless story – loss, mindless hatred, class snobbery and the redemptive power of love.

You know Christmas is really here when Northern Ballet fill this big stage and this is the perfect way to kick off their 50th anniversary year. Nixon’s version of Cinderella is a scrumptious feast for all the senses, but also a hugely satisfying aesthetic experience.

Cinderella is at Leeds Grand Theatre until Thursday 2nd January 2020 and then touring. To book www.northernballet.com