The Girl On The Train - Alexandra Theatre, Birmingham

Books and films, by nature, are more literal mediums than theatre and translating one to the other can often be fraught with problems many of which are encountered in Rachel Wagstaff and Duncan Abel’s adaptation of the book and film version of Paula Hawkins’ “The Girl on the Train.”

We are swiftly caught in a complex web of deceit, lies and, naturally enough, murder. 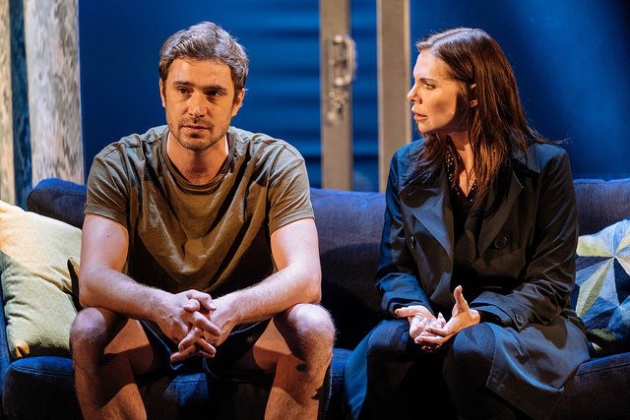 The plot deploys neat surprises and twists but translating a substantive novel into a short running time entails occasionally delivering scenes which have a slight time lapse feel to them when so many incidents have to happen with unnatural rapidity to get them all in.

Samantha Womack delivers a stand out and detailed performance drawing us neatly into events and through whose eyes we witness the twists and turns of this complex narrative. The rest of the company dutifully deliver their roles with aplomb deftly veering away from the potential pitfalls of melodrama. James Cotterill’s set is a character itself with number of bright ideas keeping the story flowing including a number of audio and vision tricks which allows us to enter the mind and the drunken frustration of the main character.

“The Girl on the Train” is in the noble tradition of stage thrillers utilising all the tropes and tricks with which we associate the genre and, like all the greats, we are left guessing until the very end.