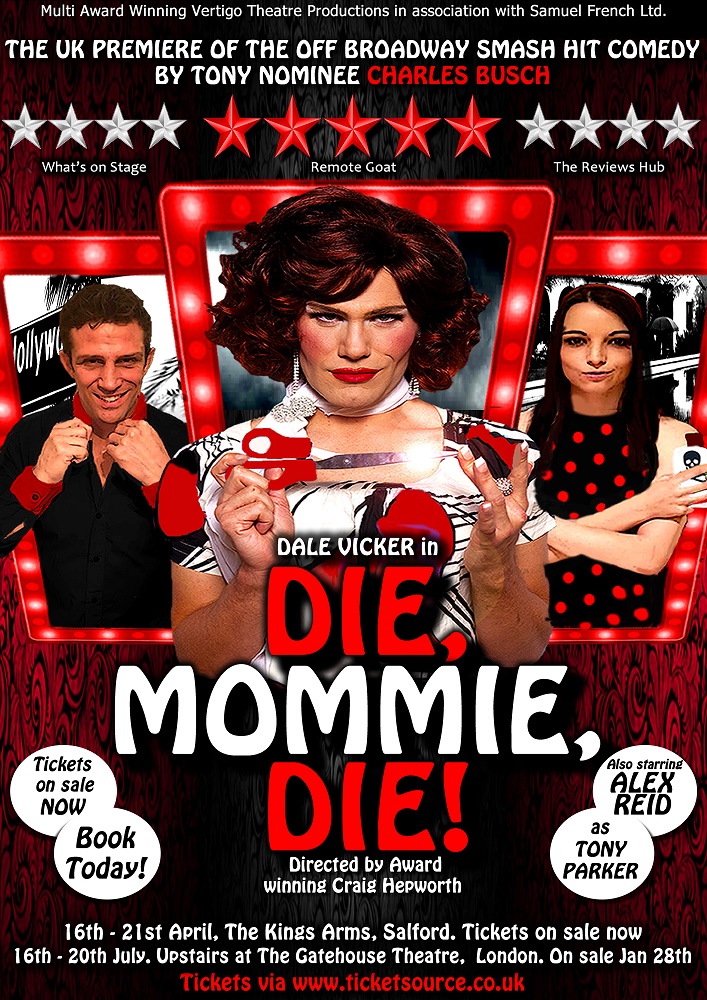 Now, Angela needs Sol out of the way so comes up with a murderous plan, unfortunately for her, her family won’t make things easy. Between her bratty daddy’s girl daughter, her sweet but strange son and her alcoholic love-struck maid, Angela has her work cut out for her, but this is a gal who will rise to any occasion……even Murder!

Die, Mommie, Die is a loving parody of the ‘Hag Horror’ movies of the 60s that usually stared aging actresses like Bette Davis, Joan Crawford and Lana Turner in movies like Whatever Happened to Baby Jane, Dead Ringer, Hush Hush Sweet Charlotte to name but a few.

So get ready, because mommie dearest is ready for her close up…..and she demands your attention.

Tickets are on sale now for the Salford dates for only £15, limited availability left so bock today. London tickets on sale early February. https://www.ticketsource.co.uk/vertigotheatreproductions