With such a well-known story as The Wizard Of Oz, it was no surprise that there was going to be cuteness in abundance. And I’m not talking Munchkins (more of them later).

When Beverley Musical Theatre’s presentation of the magical tale came to Hull New Theatre on Tuesday night, the loudest “ah” came early on, when Leo made his entrance.

This amazing little bundle of well-behaved fur starred as Toto, the dog belonging to Dorothy, a young girl from Kansas, in America – a role made famous on the big screen by the one and only Judy Garland, in 1939.

So Annie Lewis, as Dorothy, had big (glittery red) shoes to fill and she did so admirably with her loud, tuneful singing voice (doing more than justice to Over The Rainbow early on) and acting skills of a professional standard.

In short, the story follows young Dorothy, who lives with her Aunt Em (Mandy Pearson) and Uncle Henry (Ian Start), plus Toto, of course, on a farm in rural Kansas, America. 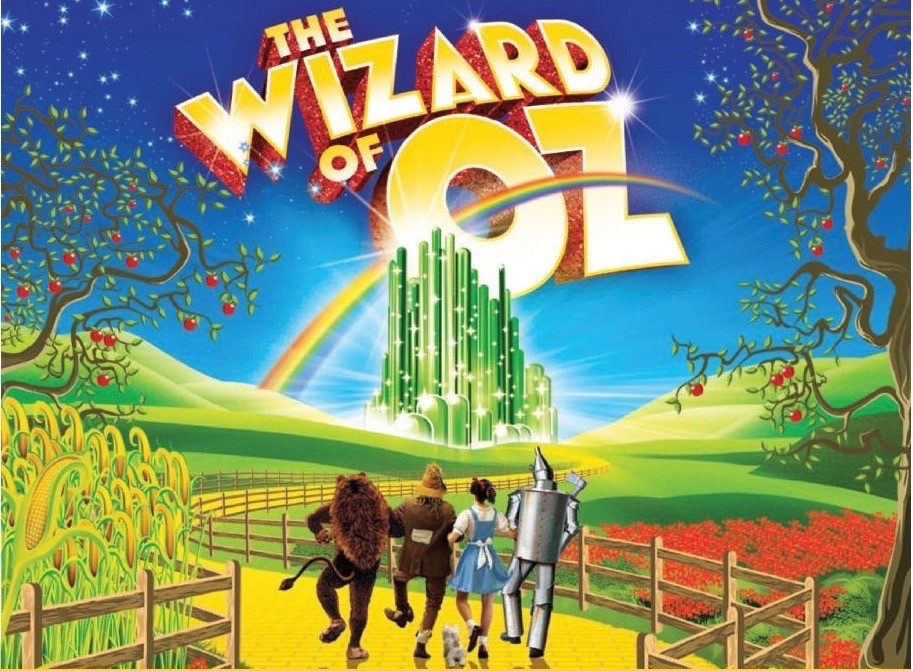 Malicious neighbour, Miss Gulch (Claire Cooper), claims she has been bitten by Toto and persuades the local sheriff to order Dorothy to hand over her beloved pet, in lieu of Toto being put down. Nooooooo!

Running away seems the only way to save her dog, but while fleeing Dorothy meets Professor Marvel (Simon Field), a showman, who convinces her to return home.

Upon arriving home, a tornado touches down and the farmhouse is carried away to the fantasy land of Oz.

It’s here that Dorothy is treated like a heroine by the cutest little creatures called Munchkins, as Glinda, the Good Witch Of The North (a dual role for Mandy Pearson), informs her that the farmhouse landed on the Munchkins’ nemesis, The Wicked Witch Of The East, killing her.

The only visible signs of the dead bad ‘un are a pair of magical ruby slippers, which now belong to Dorothy – and they fit perfectly.

The Munchkins were simply adorable. A quick chat to someone in the know, during the interval, reveals these 24 cuties are called the Emerald Team. Little gems, every one.

Their joy was infectious as they sang Ding Dong! The Witch Is Dead. Alas, it was also short-lived as the dead witch’s sister, The Wicked Witch Of The West (a second role for Claire Cooper), vows to avenge her sibling’s death by, somehow, stealing the powerful ruby slippers off Dorothy’s feet.

Taking the good fairy’s advice, Dorothy follows the yellow brick road, hoping it will lead her to the Wizard Of Oz – the only person who can help her get home to Kansas.

Along the way she meets what is probably the most famous trio in any film ever made – The Tin Man, The Scarecrow and the Lion.

All three are invited to accompany Dorothy on her quest to find the infamous Wizard, as they all have dreams of their own.

The Tin Man (Joshua Archibald) is missing a heart, after a witch cast a spell over him; the Scarecrow (Chris Holmes) wants a brain instead of just straw and the Lion (my fave, played by Richard Gorton), scared of his own shadow, wants courage.

Linking arms while skipping merrily along, the four regularly burst into renditions of another favourite, We’re Off To See The Wizard.

But, of course their journey is not without incident as the wicked witch tries everything in her power to gain control of the slippers.

This superb cast, so professional in every way (not once did their American accents slip), did credit to the amazing stage setting and, boy, did they look good in their fantastic costumes!

With only the slightest dimming of lights, scenes seamlessly changed before our very eyes. We had flash, bang and wallops; a video “tornado”, a fairy descending from on high and a witch hurtling across the stage on her broomstick. All this plus the perfectly behaved Toto and dramatic live music played by a very talented orchestra.

Things did go wrong on the night. The microphones let this talented group down periodically, especially in the first half, depending on which part of the stage they were standing.

And I do think it was a tad overlong and could have been 10 or 15 minutes shorter - the first tornado scene, for instance, was a bit lengthy.

But they are minor gripes compared to the sheer talent I witnessed from everyone involved in this wonderful amateur production.