Theatre Royal in Wakefield is currently holding its 17th annual drama festival, which comprises of seven different shows performed over seven days. Today marks day 6 of the festival and brings us Alan Aykbourn’s ‘A Chorus of Disapproval’ performed by the Wakefield Little Theatre. WLT was formed in 1948 and is based in Middlestown and they placed second in the Drama Festival of 2016 with their performance of Blood Brothers.

A Chorus of Disapproval, written in 1984, comes at a turning point in Aykbourn’s career as he began to decline towards a much darker style of writing, hence the grim undertones that counterpoint the humour of the play. The play follows the story of Guy Jones as he joins the amateur operatic society of Pendon. He is a recent widower and an extremely naïve young man, which leaves him vulnerable to the advances of his co-stars and forces him into several ill forged relationships. Due to his inability to say no, and the fact that he is very easily led, he quickly works his way up the ladder to the leading role of the production, but at what cost?  The show opens on the conclusion of a triumphant performance of The Beggars Opera, after which we see the leading male, Guy Jones looking forlorn. Promptly we are transported back several months to the beginning of the rehearsal process to see how it all fell apart. 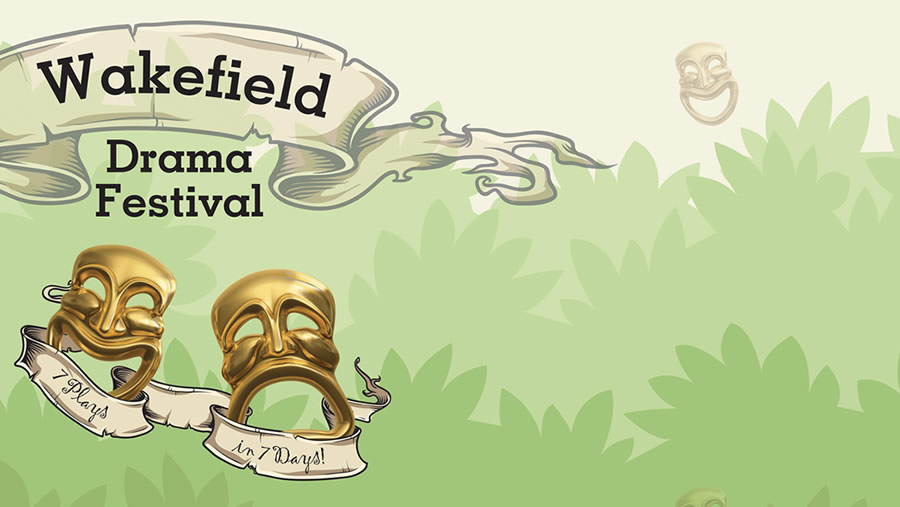 The character of Guy jones Is a very difficult one to get to grips with as there are a lot of things about his character that aren’t explained very well, for instance, he claims to be from Leeds originally and yet he has a standard British accent.  Though he does say ‘originally’ it would have been helpful to have more detail as to why he doesn’t speak with a Yorkshire accent.  However the way his character develops throughout the play as he develops as an actor and becomes much more confident in himself makes him a more accessible character. Scott Colliar did a wonderful job interpreting this role and somehow managed to achieve a delicate vulnerability that he steadily transformed into a strong and self-assured man.

Paul Haley completely dominated the stage tonight in his portrayal of Dafydd ap Llewellen. His bold and brash personality, undercut with an extremely endearing vulnerability, which was heightened by his charming Welsh accent. He had a superb stage presence and drew the eye in all his scenes. He had such intensity in his performance that enhanced his comedic timing but also could be turned into a fierceness that struck a chord with the audience especially in his altercation with Ted.

The physicality in the production was probably the highlight in the staging, particularly the altercation between Bridget and Linda. There is a lot of tension between these two characters during the play and when it eventually culminates it is truly explosive.

The only criticisms I have is that the scenery was very sparse, with most of the play occurring against a black backdrop which ruined the atmosphere for me. Also the scene changes were very clunky especially when the spotlight lit the wrong part of the stage as it was being set up; though the musical interludes during scene changes were a very refreshing twist. I would definitely recommend this production as it is a wonderful combination of comedy and tragedy that really plays on the audience’s emotions with characters that are very relatable and endearing. The musical numbers complimented the themes of the play perfectly and broke up the performance nicely.