A magical voyage of pirates, mermaids and Indians is the seasons offering this year at The Opera House, Blackpool presented by Selladoor Productions with a fabulous musical of the children’s classic story Peter Pan, written by J M Barrie. Make no mistake this is not a traditional pantomime so if audience participation, pyrotechnics, innuendo and shouting out 'Behind you' and 'Oh Yes it is' etc is your thing then you will be disappointed and although there were many occasions when you could sense the audience were itching to shout out it was not encouraged until the second half with fairy Tinkerbell needing help with calls of ' I believe in Fairies' and the booing at Captain Hook was deafening.

What you do get is an absolutely amazing production supported by a live band, with a stellar cast, brilliant puppetry, sumptuous colourful costumes, a creative set which, with great distraction techniques, is changed almost effortlessly, all guaranteeing that you will be totally mesmerised by this spectacular show. 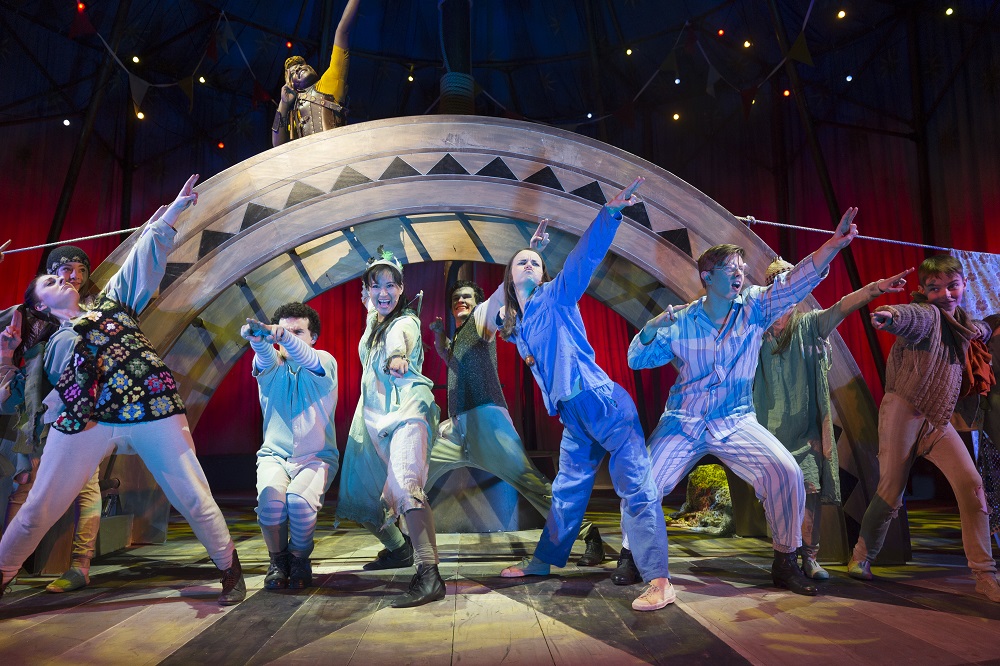 Few will be unfamiliar with the story of Peter Pan and his adventures in Neverland and his visits to the Darling family children, Wendy, John and Michael taking them on an adventure where they encounter the Lost Children and the evil Captain Hook who is set on revenge on Pan after losing his hand in a duel which is then eaten by a crocodile.

Making his acting debut is 'X Factor' finalist and 'I'm A Celebrity's ' Jake Quickenden as Peter Pan who fits into this role comfortably as he flies through the air, although visually I found it hard to accept him as the boy who never grew up as he sports a beard and along with his costume appeared more pirate than young boy. He and Wendy (Grace Osborn) perform several songs together displaying their vocal skills and harmonise well together.

Unusually Captain Hook is female in this production and I don't mean playing a male part, meet Captain Jasmine Hook, expertly and wickedly performed by Jennifer Ellison. Ellison originally rose to fame in TV's Brookside but has since gone on to appear in many west end and television shows including a reality programme featuring her own dance school. Tonight she commands the stage as Hook as she struts around plotting her revenge on Peter surrounded by her crew including her hapless sidekick Smee (Radio Wave's breakfast presenter Scott Gallagher, a missed opportunity here to inject more humour into the show than was given for Smee). Interestingly promotional literature feature Ellison wearing a long black curly wig as associated with Captain Hook's image but tonight she wears her blonde hair tied up under her tri cornered plumed hat, not the usual, but in this instance works fine.

Maureen Nolan (one of the Nolan Sisters) as Mrs Darling does not disappoint both in acting and singing and is a firm favourite. Special mention goes to Alexia McIntosh for her great portrayal of Tiger Lily.

With Lost Boys and dancers and songs you will know make this your festive treat for the family, an entrancing musical that will delight all ages.