QDOS Entertainment have returned to Manchester, and the Opera House to present this year’s festive offering, Dick Whittington. Whilst previous year’s Pantomimes have been great, the gulf in class and spectacular staging was evident to see tonight.

This is possibly one of the best shows I have seen grace the Manchester stage for Christmas. With modern day star John Barrowman taking on the leading role to the timeless Krankies playing the Councillor and Jimmy this show is a laugh a minute romp filled with everything Pantomime is famous for.

Barrowman is the ultimate showman, born to be on a stage. With his spectacular entrance from the gods to the finale he looked completely at home entertaining the kids young and old. Displaying a superb singing voice his duets with Jaqueline Hughes were of the highest quality. 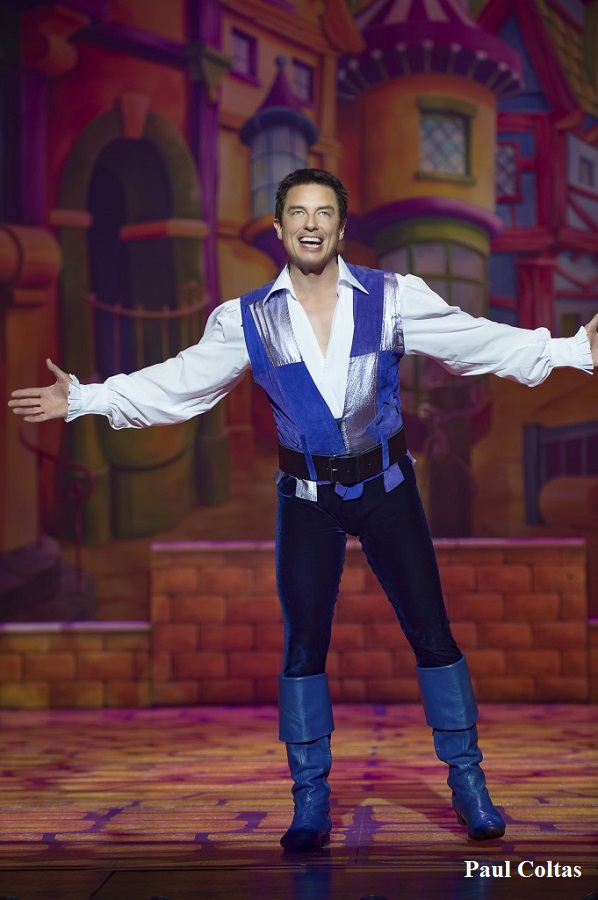 Hughes, a former Elphaba on the International tour of Wicked played the Fairy of Bow Bells with confidence and charm, not forgetting her powerful vocals. Ryan Kayode as Tommy the Cat was an able sidekick to Barrowman with his Manchester dialect providing plenty of laughs. Lauren Hampton was a likeable Alice, Kage Douglas a convincing, if under used Sultan and Phil Corbitt a convincing King Rat, this small but tightly knit cast were superb from start to finish.

The stars of the show have to be The Krankies for me. Rolling back the years to when I used to watch them as a kid their humour hasn’t aged one bit and Alan McHugh along with The Krankies have provided a double entendre packed script. I genuinely haven’t laughed as much during a pantomime in years.

The real WOW factor in this production has to be the staging. Thankfully gone is the tedious video screen prior to curtain up to be replaced with a simple show cloth. When that rises the sets although simple are stunning and superbly lit by Ben Cracknell. There are pyrotechnics galore and the end of act one is simply breath-taking reminding me of a certain musical where a car takes to the sky. Into act 2 and the 3D scene is right in your face before another stunning flying sequence that wouldn’t look out of place on Blue Planet!

Stalder Academy of Dance provide the junior members of the company who do not put a foot wrong throughout supporting the 8 ensemble dancers.

Whilst Barrowman maybe the box office draw for this production, for me The Krankies stole the show. At the tender age of 70 I cannot believe the amount of energy they put into their performance.

I can see the headlines saying that the huge amount of double entendres packed into this two hour spectacle may not be suitable for the youngest of audiences, however this is Pantomime at its very best and what this art form is all about.

Dick Whittington is the best pantomime Manchester has seen in a very long time and I hope QDOS retain a long association with the city and I am already looking forward in anticipation to next year’s show Cinderella.