John Kander and Fred Ebb are without a doubt the partnership behind the rise of the ‘concept’ musical. ‘Curtains’, though less political, is no exception. On the surface the narrative is a less-than-genius whodunnit, based in a theatre, where the cast are the producers, director, acting company, stage management, theatre critic and police officers, following opening night of what seems to be a poorly written western version of Robin Hood. The show offers lots of wit and a good level of entertainment. As ever with the Kander and Ebb ‘concept musical’ the backdrop is of more importance than the fore-story, and the satirical inquisition into the ruthlessness of the American theatre industry and the business minded people that run it is both fascinating and realistic.

Everything wrong with this show is in the book. The running time is 20 minutes too long, and much of the score is forgettable, but there is also plenty to love about it. For a John Kander score, musical numbers seem to be incredibly sparse, and the show is book heavy, unfortunately much of this book would not be missed in a cut version. A particular example of this is the final scene, between Frank Cioffi (Jason Manford) and Carmen Bernstein (Rebecca Lock), but the first act could also have seen some cuts near the beginning without affecting the narrative. 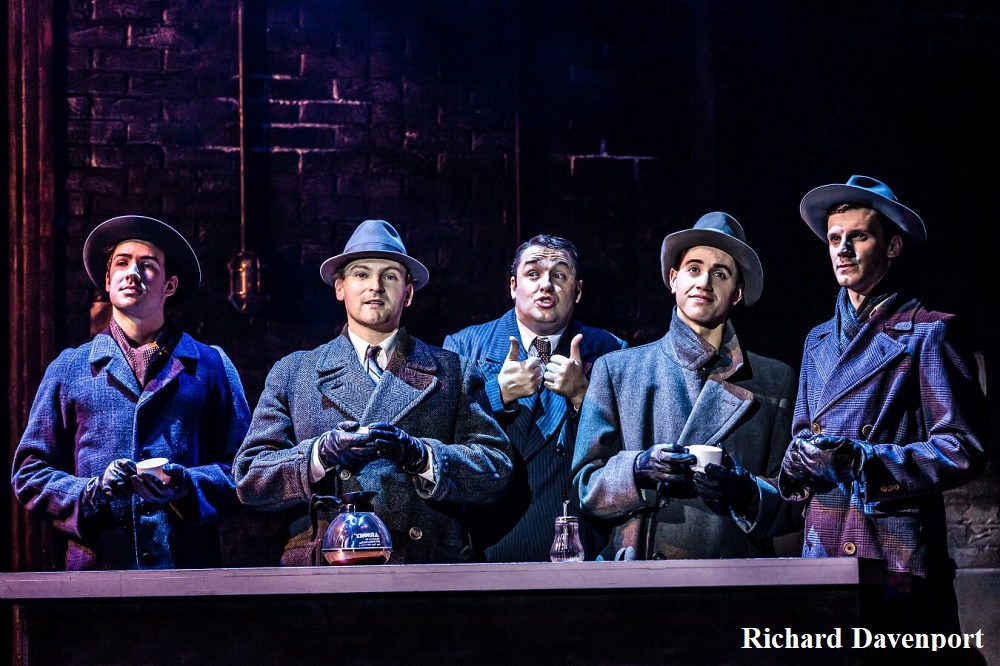 The principal cast in this show were a delight. Manford’s knowledge of comic timing and delivery were of great use, and he gave a stellar performance in the role of Lieutenant Frank Cioffi, the detective more interested in the terrible Robin Hood musical than in solving the murders. Carley Stenson in the role of Georgia Hendricks, the lyricist and makeshift cover to a murdered prima donna was brilliant, a true leading lady, with a total command of the boards and a likeability that just cannot be learned. Ore Oduba in the role of Aaron Fox (the composer) also gave an enjoyable performance, and in particular gave a pleasant vocal, with a smooth, sometimes slightly gritty, voice.

There are many comedy moments for every character, and the show was halted with roaring laughter at several moments, the very best of these were provided by Christopher Belling (Samuel Holmes) the eccentric English director, with little interest for the feelings or sanity of others. Well written gags are nothing without precise delivery and Holmes is a master of the craft.

The choreography was everything I love about dance in musical theatre. Emma Caffrey and Alan Burkitt gave an absolutely astounding duet, stylistically steeped in a plethora of styles. This routine was one of the highlights of the night. It is also joyous to see choreography that includes the whole company, especially when you have a company made up of different shapes and sizes - for this reason the routine for ‘show people’ was thoroughly enjoyable.

The production was fantastic. Producing a great musical about a not-so-great musical is quite a challenge, and the line was trodden very carefully. Every detail of the set worked in the world of the show. The back wall, fly floor, and proscenium arch within the narrative were all perfect. Set designer David Woodhead has done a sublime job on this show.

‘Curtains’ is coming to a theatre near you on a UK tour, and is absolutely worth a watch. Thank you to the New Wimbledon Theatre and company of Curtains for a fantastic evening’s hospitality and entertainment. Playing until the 18th January: https://www.atgtickets.com/shows/curtains/new-wimbledon-theatre/