What's Love Got To Do With It - Empire Theatre, Liverpool

Presumably, 'Simply the Best' has already been taken. Definitely, I should have read the small print, having assumed this was biographical rather than a tribute. But you could tell straight away because the backdrop is a triptych, three massive portraits of the star in iconic poses.

So, let's get the show on the road. One thing which was rather appealing was the way, albeit to provide time for costume changes, members of the band, in particularly the amazing lady saxophonist, and the backing singers, Claire Newman, Shanice Smith and Amara Smith, got their place in the sun and took centre stage. It did beg the question however: the role of the fourth girl at the back, either presiding over the trio or kept in the background? No idea of her name even, although I guessed correctly about Amarra Smith, whose solo was acclaimed as wildly as Elesha Paul Moses's performance; the programme hadn't been printed in time. 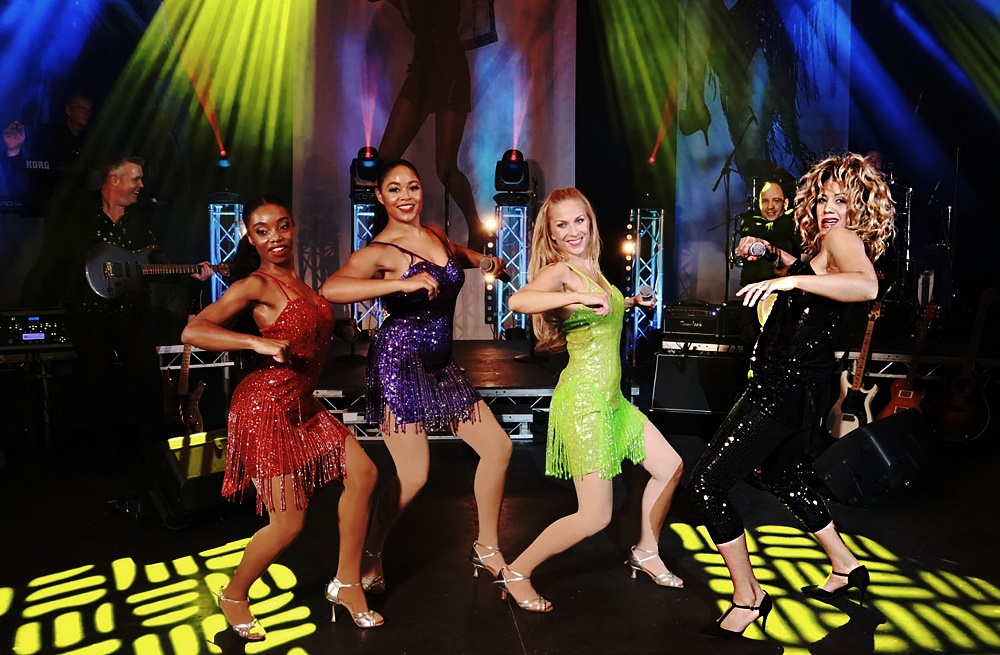 Meanwhile, the staging was well set out with plenty of room to manoeuvre, enhanced, sort of, by four miniature lighthouse affairs which lit up prettily in an assortment of colours. After all, next to that voice, the distinctive thing about Tina Turner is something in the way she moves, whether you could describe it as a thoroughbred prancing or the sort of staccato strutting and shuffling you see when somebody is treading on hot coals.

Similarly, the curious thing about the backing group is that although they were all remarkable singers and dancers, no Greek chorus or strict choreography; each of them was harking to a different drum so little was completely in sync. They also appeared like samples of small, medium, and well, no, not large, just marginally bigger. However, their costumes were just as sumptuous as Ms Moses' – in one case, even fancier: Vegas showgirls, morphed with ostriches, for the set piece, 'Golden Eye', offset by their leader in a comparatively plain silver evening gown. The other set piece was, of course, 'Beyond Thunderdome' where she was flanked by glorious black and gold Steampunkettes. This is turning into a fashion show critique... but the choices were so dramatic: black and red, silver and gold, the latter in one instance, an unforgiving bodysuit topped by some sort of antimacassar, then tipped over into burlesque because of a tasselled belt with a mind of its own. Then the final change; back to basics, all glossy brown hair and that red fringed barely- there dress, with the girls in white, so they could all shimmy the night away.

You're here for the songs of course, and there were several new to me, and no clue in the announcements, all of which were largely inaudible. I was also surprised at the number of covers – and continue to be horrified at the way Anne Peebles' 'I can't stand the rain', so wonderfully poignant, is junked up and made jaunty to a distressing degree. But the performance is redeemed by a rousing finale, a trio of greatest hits which had just about the entire audience dancing in the aisles, if they weren't busy on their phones filming.

No need really as everybody was clearly enjoying a memorable night. Packed to the rafters with fans, their adoring reception showed they felt the show had indeed been simply the best.