The award-winning Grosvenor Park Open Air Theatre, founded in 2010 by Storyhouse (then Chester Performs) has announced its 2019 season is on sale.

Shakespeare’s Henry V and Twelfth Night will be performed in rep alongside a brand-new version of the timeless children’s classic The Borrowers by Bryony Lavery. 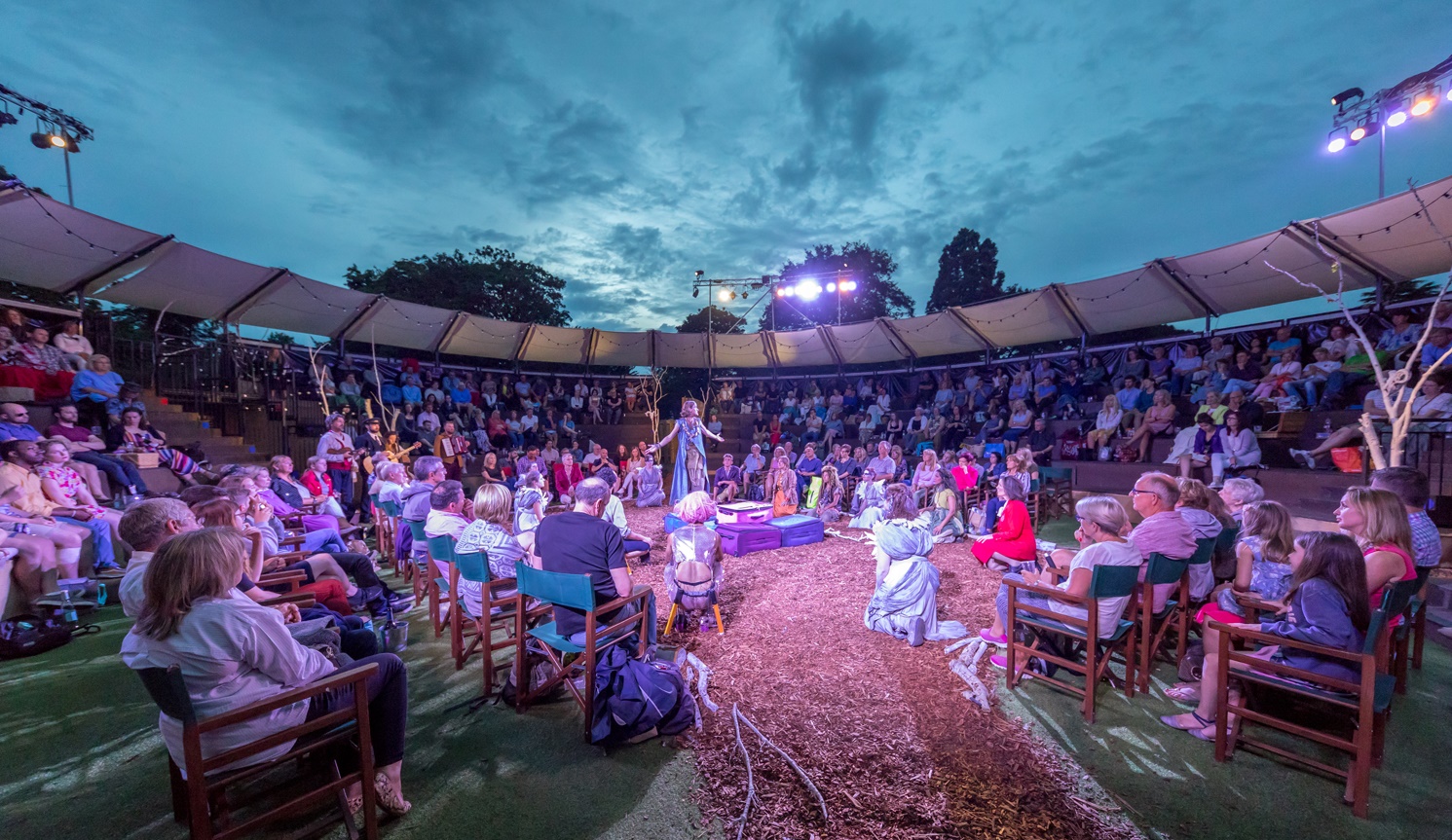 Alex Clifton, artistic director Storyhouse said: ‘it is so wonderful to be on sale with this summer’s park shows – a monumental year as we celebrate being double figures! Our productions will explore borders – whether real or imagined, being a stranger in a foreign land and the impact of leaving home. Like all of our season's audiences can expect to feel joy, heartache and be riveted beneath our starry roof.’

Grosvenor Park Open Air Theatre was founded in 2010. Its first productions Much Ado About Nothing and Hercules were staged on a simple wooden platform stage, for three weeks to an audience of 2,500. In ten years’ it has moved from a small stage, to a thrust stage to a full in the round theatre. Over 40% of its seats are now covered, and its capacity has doubled. The theatre now welcomes around 27,000 theatregoers for 8 weeks each summer.

Storyhouse is creating a new model for a modern cultural organisation. It is the first arts organisation to run a city library. An independent cinema, theatre, library and Levantine restaurant, it produces work for its own stage half of the year and welcomes touring shows for the other half. It is already one of the city’s principal visitor attractions and welcomes 3,000 visitors a day. The library has the longest opening hours in the UK and its community programmes reaches in excess of 150,000 individuals. It welcomes a million visitors a year.

The award-winning Grosvenor Park Open Air Theatre, located in Chester, is a purpose-built venue with an eight-week annual summer repertory season. Founded in 2010 by Storyhouse, it is the only full-time, site-specific professional open-air theatre company outside London. The company produces all its work in-house under artistic director Alex Clifton.

The open-air theatre designed by the company is built each summer in Grosvenor Park, a public park in Chester. Performances are staged 'in the round', with the audience seated on all sides of a central stage. In 2011 the theatre switched from a traditional built stage to a more Shakespearean 'thrust' stage, made from woodchip. Covered seating to around 40% of terraces was introduced in 2012. In 2015, the original horseshoe shape was replaced by full 'in the round' seating. Audiences of 27,000 visit each summer.