STOS Theatre Company production of Shrek The Musical opened to a full family audience and it was so nice to see the diversity of ages within the audience. Directed by Mark Feakins this production brought all the familiar features from the Dreamwork's 2001 modern classic to the stage from the fast talking Donkey to the small of stature Lord Farquaad and Princess Fiona's fast changes from Ogre to Princess and back.

Opening initially on stage in Broadway in 2008 and London in 2011, this amateur production of the show is able to equally delight audiences with stunning costumes and a great pantominesque staging of elaborate backdrops and non-obtrusive set, allowing the characterisations to do the work on the Sheffield Lyceum stage.

The story is based around the Ogre named Shrek, whose swamp has been invaded by fairytale creatures after Prince Farquaad of Duloc banishes them. Promising Shrek that he will removed the hordes from his swamp, Farquaad sends Shrek on a quest to find him the woman of his desires, as he needs a Princess to make him King. Enter Princess Fiona, in her tower guarded by the dragon. 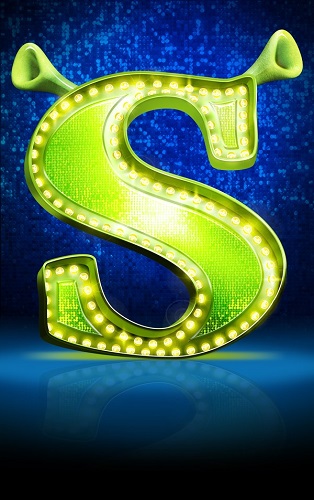 Will Shrek with the help of his constantly chattering yet trusted steed 'Donkey' succeed in bringing back the Princess?

Mark Holmes bursts onto stage as the ogre Shrek and quickly establishes himself with a secure and comedic performance. He has a great energy on stage and seemed to be really enjoying himself! The highlight of the show is his powerful rendition of 'Who I'll be' which is sung with great sincerity and gusto and was a welcome change to see the depth of the character. Sara Hibberd's Princess Fiona was a strong, energetic - all singing and dancing performance with just the right amount of sassy, bossy and sweet. Her story to find true love was beautiful to see and this young woman is very convincing in role. The iconic character of Donkey played by Damien Ross was very funny and Ross mastered Eddie Murphy's fast talking character with ease. His physically flamboyant performance was hilarious and had the whole audience laughing as soon as he entered stage - falling from a tree! I particularly enjoyed his version of 'Don't Let Me Go'. My stand out performance has to go to Richard Granger's Prince Farquaad. This is a larger role in the stage show than on the animated film version, and to successfully play the role on his knees with various versions of fake legs was a scream. I can only imagine the bruises by the end of the run! Granger stole the show at every entrance with his quick humour and he certainly knows how to work an audience.

The stage version of Shrek has some great ensemble numbers; different to the film; that orchestrate possibility of strong cameo roles and this show did not disappoint. I particularly liked Luke Harriott's Big Bad Wolf and Cholwe Muntanga's singing voice as the Dragon. The unnamed actor playing Thelonious is one cameo you couldn't miss! A mention must go to Maya Gupta as the young Fiona who did admirably well and continued as a true professional when her microphone failed in her song 'I Know It's Today'. The entire ensemble was slick in dance numbers and the costuming was equally impressive. The final song 'I'm a Believer' had the audience singing and bopping along and brought a fine evening's entertainment to a fitting end.

Shrek the Musical, as a show, is admirable in its ability to bring new audiences of young people to the theatre and that was evident tonight. But it was the full age range of the audience that left the Lyceum tonight feeling they had been thoroughly entertained and morally uplifted! If you can grab the family and go see this production for yourself, you won't be disappointed!