Real people, real lives. This uplifting production called ‘Songs From The Seven Hills’ totally took the audience by storm this evening. I will admit the show at the start was a little bit unclear and did have me slightly confused but the way it came together brought a tear to my eye.

This new production followed the lives of different families within the Sheffield area. The show begins when a family of Syrian refugees desperately try to get away from Syria. Meanwhile in Sheffield, the local community centre of Shire Green is fighting to keep open their community centre whilst many more stories are told throughout the performance.

We walked into the theatre to find performers already on stage. The improvisational work between the actors was brilliant, and very clearly directed thanks to Emily Hutchinson (Director) you could tell that throughout the show, Hutchinson’s vision was to showcase the real issues we face within society today. She didn’t hold back and told the different stories which captured the hearts of the audience. If I were to speak for the audience, every scene was thought-provoking, which is exactly what this type of theatre should do. 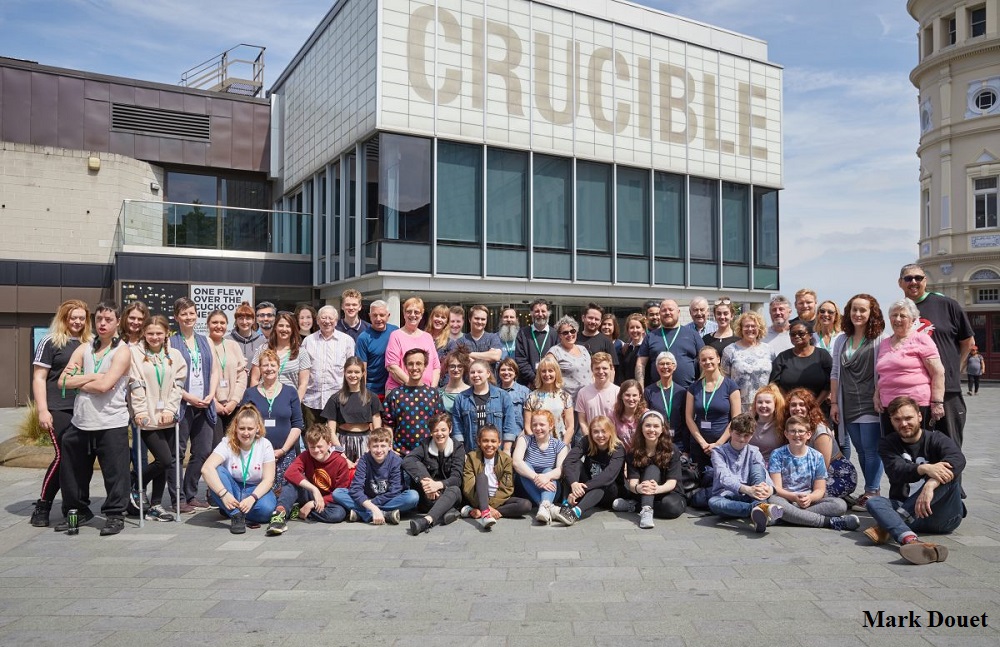 The movement and choreography was simplistic but effective and extremely creative; well done to Darragh O’Leary (Movement Director). O’Leary used a number of styles of movement. I particularly enjoyed the way she incorporated this creative use of physical theatre into the show. The performers took on the role of water waves carrying a boat. I also adored how every actor had such good spacial awareness, and always used all of the space. From personal experience I have found this difficult, however, the cast did brilliantly.

The set design was amazing and the movement of the set added to sheer unison of the show. The company didn’t need a stage crew, the cast really got their hands dirty, supporting their fellow team mates. However some technical aspects didn’t really compliment the cast. For example, one scene where the councillors were discussing the closure of the community centre, the mics were very quiet and I couldn’t hear the dialogue, however, I’m sure this will be corrected over the next couple of nights.

I would like to mention a couple of people who definitely stood out for me. First of all the young Syrian family were so beautiful to watch; the chemistry between them all worked really well. They brought the stage to life, especially in the scene where they used the butterfly. Another special mention goes to Bronwen Ebdon. Ebdon’s determination and drive throughout the show was truly brilliant, I loved how she made us believe we were there with her and that we were fighting to keep the community centre open as an audience. I feel as though I want to mention everyone, however there was no main characters, it was built on the idea that it was one huge ensemble and it brought people together. The diversity of the cast was amazing.

Thank you so much to the cast for such a heart wrenching evening. You left me with a sensational feeling. The sense of community has never been stronger, you are all ambassadors to Sheffield. I will recommend this to everyone who loves brilliant craft. Good luck for the rest of the week, you deserve all the applause in the world.