Even before the curtain rose on The Band at Hull New Theatre, on Tuesday night, I sensed something special was about to happen. And it did. The tall gent who sat in front of me just before curtain up, offered to change seats with his much smaller wife, so I had a better view. In all my years of theatre reviewing, this was a first. So take a bow, Rob and Sue of Hedon, your thoughtfulness was very much appreciated.

Now to matters on stage. It’s 1992, and five excitable teenage schoolgirls have watched their favourite boy band on the BBC’s Top Of The Pops.

Take That have burst into the music charts and it’s their music that is the glue that holds this very entertaining story together.

The hits are mainly sung by five very talented lads, AJ Bentley, Nick Carsberg, Curtis T Johns, Yazdan Qafouri and Sario Solomon, who, as Five To Five, won the BBC’s Let It Shine, earning them the right to perform in this amazing musical. And their dance moves are just as impressive as their singing voices. 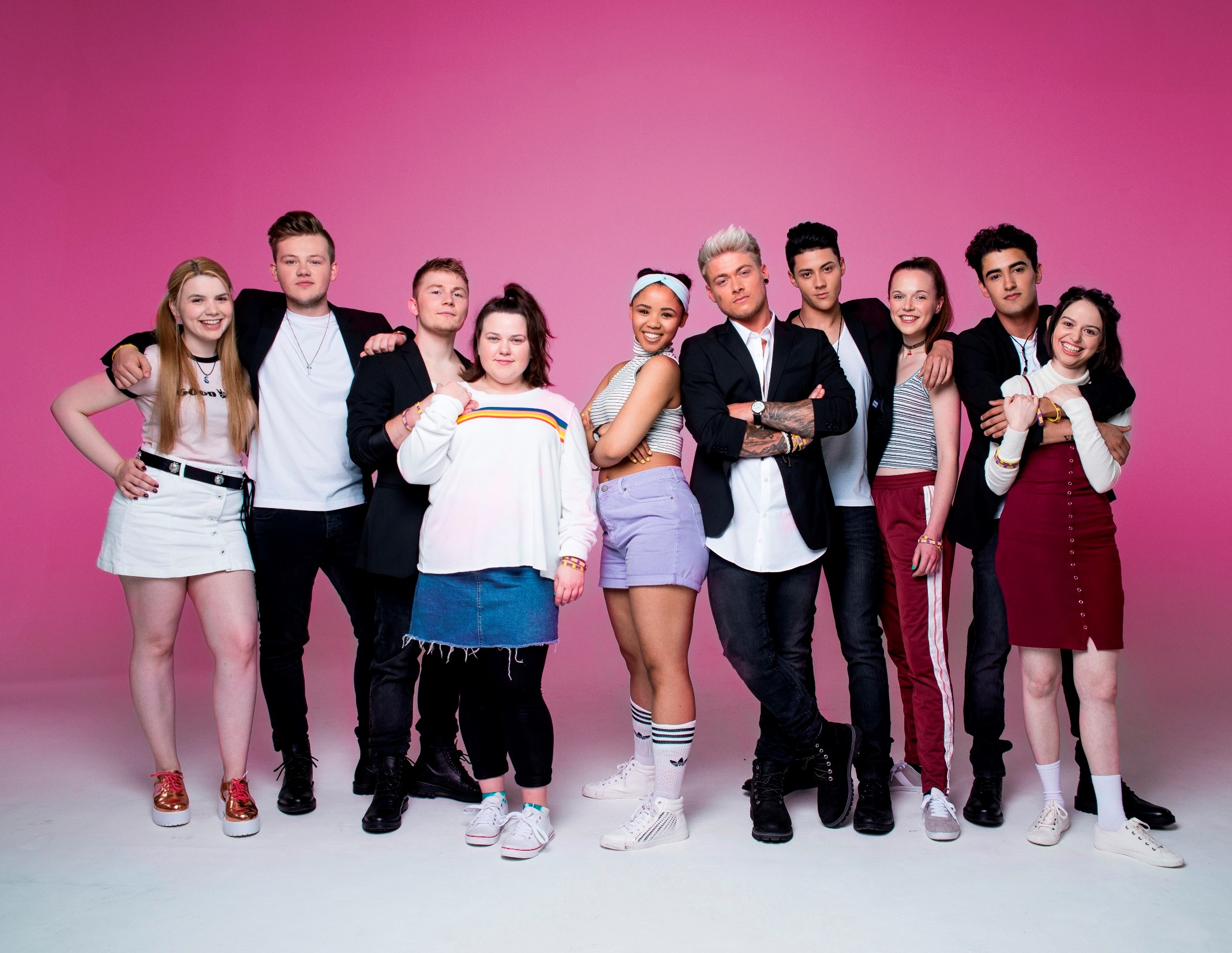 The story centres around the five school pals whose childish desire to meet their pop idols never wanes, taking us through a rollercoaster 25 years of fun, laughter, shocks, surprises and sadness.

But, thankfully, laughter is the overriding emotion.

The girls’ voices also do credit to Take That’s songs, as does the music played live by top-class musicians, and it is very early on when swaying arms spring up in an audience hell-bent on enjoying itself.

Chubby Rachel just wanted to get married and have kids; Heather dreamed of being a famous fashion designer; Debbie wanted to dance for a living; Claire was in serious training to swim in the Olympics and Zoe’s only ambition was to go to university.

Having tried once to see their favourite boy band, all they came away with was a rubber friendship band – could this be The Band of the title?

Promises are made to keep in touch, but life gets in the way, tragedy strikes and next thing the four remaining girls know, 25 years have passed.

The quartet meets up again thanks to Rachel, who wins a radio competition to see the boy band reunite in Prague. The foursome, (now played by Rachel Lumberg, Alison Fitzjohn, Emily Joyce and Jayne McKenna), meet at the airport. Figures have changed and childhood dreams long forgotten; and I can honestly say I’ve never laughed so much.

Events in Prague take a serious turn and the fun briefly stops. But laughter is soon back on the agenda, when Rachel’s long-suffering boyfriend, Jeff (Martin Miller), meets her at the airport, wooing her with lines from Take That songs, in an effort to get her to finally accept his marriage proposal.

Also keeping our chuckle muscles busy is Andy Williams as Every Dave. He is in most scenes as various characters, and is a scream.

This is one of those rare productions where the stage design is a star in its own right. It is probably the best I have ever seen; simply stunning, especially the airport scene and the fountain with statues.

After all that, do the girls ever get to meet their idols? Happily, we were too busy dancing, waving our arms, shining our torches and singing along to care.

Read our interview with Curtis T Johns on his return to his home county of Yorkshire https://goo.gl/v8MPxw