This House - The Lowry, Salford

A live on-stage band, brilliant staging of the Palace of Westminster, and uncanny portrayals of farcical parliament: James Graham’s high-flying ‘70s play is touring the UK at last.

This House is political drama at its wittiest and most perceptive, shattering illusions of Westminster’s traditions and shining light through the holes of our entire democratic system.

Drawing clear parallels with the political themes and climate of recent years, Graham’s play brings a new focus to the rocky Labour government of 1974-1979 and the inevitable slide towards Her power.

With the Conservatives’ internal power struggle in 2016, Theresa May’s shrinking majority in the 2017 snap election and, of course, Brexit, This House’s turbulent period seems achingly relevant today. The fiendishly difficult years of daily survival for Wilson’s and Callaghan’s government is seen through the two Whips Offices – competing, insulting and scraping for deals, votes and the allegiance of the “odds and sods”.

Graham’s droll script—packed with one-liners and sharp observations—shares the jokes evenly between the two camps. On the divided stage, the Tory and Labour personalities are brilliantly characterised, from the “aristotwats” in their fine tailored suits to the foul-mouthed workers who want things “equally s**t for everyone”. 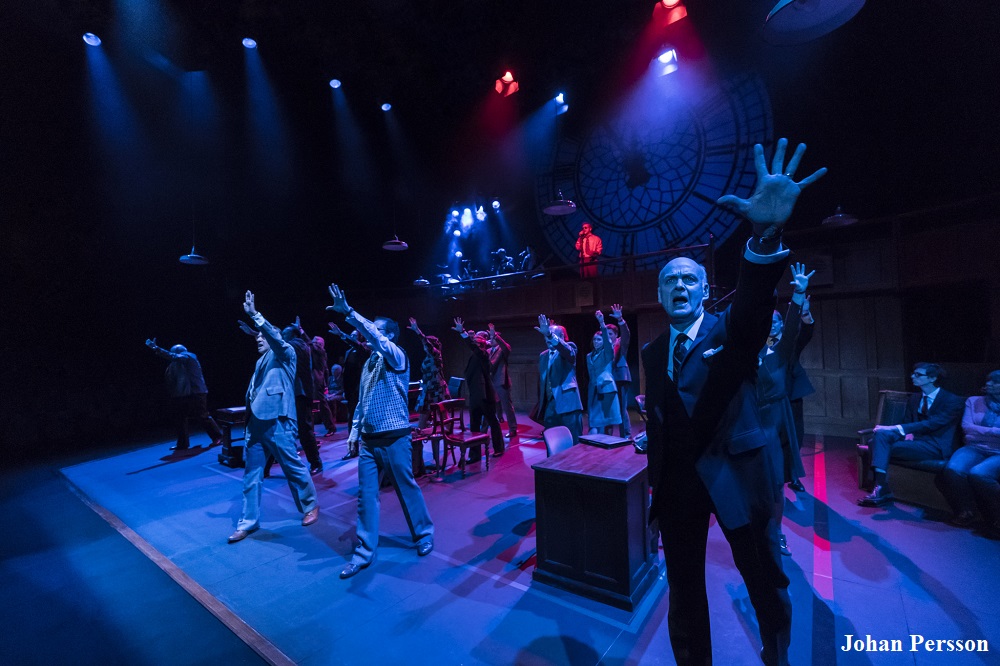 The strengths of this play are its subtleties and casting. One highlight is a perfectly-pitched display of culture-testing, as Tory’s Jack Weatherill watches Corrie as a guide to the working class while Labour’s Walter Harrison tries opera and fine wine. Matthew Pidgeon and James Gaddas assume these characters superbly, forging a convincing bond of rivalry and respect between the two Deputy Whips.

Old traditions and ‘gentlemen’s agreements’ are vulnerable and unstable, as are most of the Labour MPs who become increasingly ill and indisposed as the five years drag on. A healthy sprinkling of dark comedy, dying members are wheeled in for votes and walk out into a heavenly light via the Member’s Lobby, somehow sustaining the stubborn myth that “nobody dies in the palace”.

Space is used to great effect throughout the whole theatre, from the stage to the stalls to the upper circle. From the echoing Westminster Hall to the inside of Big Ben, from the Whips Offices to the House of Commons Chamber—complete with audience members in the Public Gallery—stage lighting and sound design work together to smoothly transform the set into multiple locations across the Houses of Parliament.

What does let this production down, however, are the cringe-worthy and cheapening group scenes starting with staid choreographed movement and culminating with an overly-harmonised rendition of “I Vow to Thee My Country” in Act II. Attempts at more ‘creative’ interludes feel unnecessary and out-of-place, especially when John Stonehall fakes his own death under a blue sheet of sea. The live band, playing songs from David Bowie to The Sex Pistols, is more than enough to give this performance edge and a strong ‘70s vibe – all other singing should have been banned.

Despite its childish rivalries, name-calling and back-stabbing, This House reveals the human drama at the centre of parliament. The political jousting is as personal as it is idealistic, as moments of passion, loyalty and cross-party concern rise above the farce. In this time when passing any bill is a great struggle, the role of the Whips is more critical than ever. This dramatic insight shows us the mechanics of government through its manoeuvring, underhand tactics and less-than-gentle persuasion; ultimately it reveals how the greatest flaw of democracy is that it’s “damn reliant on people”.