The Toad Knew - The Lowry, Salford

This innovative and unique piece of performance art contains small mysterious that swallow up big mysteries. A seamless mix of illusion, aerial arts, contortion, mechanical marvels, music, dance, and mime that transports us to another hallucinatory world.

The Toad Knew is James Thierrée’s newest creation combining a plethora of performance arts. James has excellent lineage, honing his craft from an early age in his parent circus and his connection to Chaplin is clear to see with flawless slapstick sight-gags, but which for me hold the attention for slightly too long.

I simply cannot deny the incredible performance skills on show. The magnificent swirling gymnastics, the wonderfully intricate sleight of hand and impeccable team work, but many of the characters felt a little flat: The men wallow as stooges while the women, though dazzling in their performances, are often redundant. 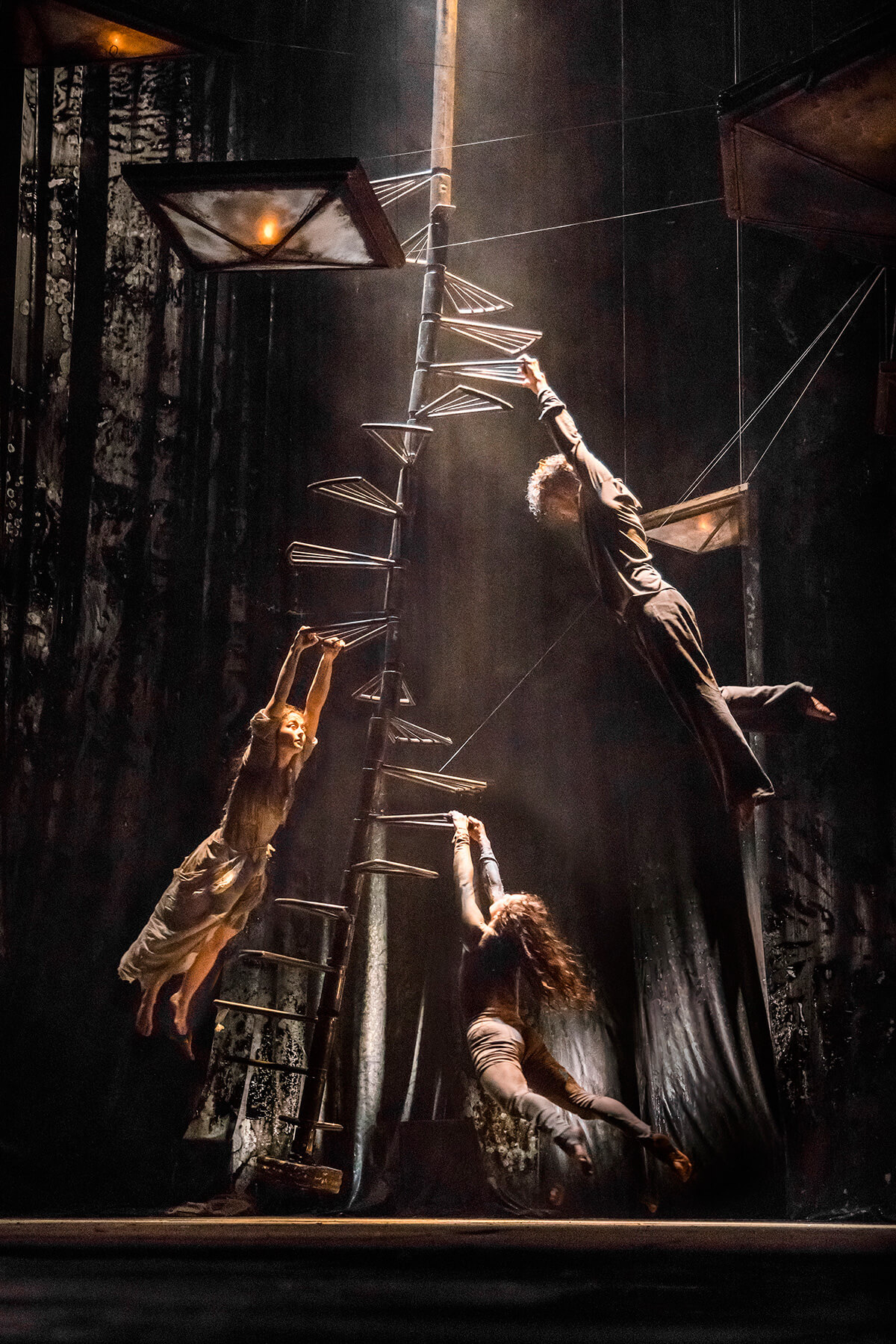 The technical aspects of the production were stunning. A vivid, yet incredibly distressed Steampunk subterranean set, like the bottom of the Ship Canal, always gives the audience a quirky new object to discover. The Crystal-like machine hanging above the stage with wires that reach like tentacles, fascinates the captives below. It’s manipulated from on high ensuring it is seriously considered a seventh character.

The production is a huge credit to those both on stage and behind the curtains and they were rightly brought out for the audience to show their appreciation. An element that was not appreciated was a run time stated at 90 minutes (actually running at 110 minutes) without an interval.

Any contemporary art is set to divide opinion and The Toad Knew is no exception. For me I was torn between the side of me that wanted to find reason, and the other that wanted to slip into the world of the Toad. Whilst some of the action was incredibly slow, other monuments were frantic to the point of excess and the show failed to ever really settle or focus at any point. Pantomime rather than contemporary circus.

This surreal and dystopian universe defied reason, transporting us wherever we wanted to go. Some in the audience knew they wanted to be at home and left partway through. However, the mysticism and whimsy opened our imagination to the obscurity of ourselves, perhaps each person finding their own narrative in a story seemingly without one.

“I do not make theatre to explain what shakes our inner workings, but rather to roam around us. So, roam if you want to. Let’s live together, here, for a few moments, and perhaps foolish things can become meaningful, on the horizon at the tips of our noses.”

The Toad Knew. The Toad was Right.