When you think of pantomimes, you probably think of the once a year treat in the lead up to Christmas to get you in the festive spirit. However, the Easter Panto Tour are currently touring the UK with their version of Beauty and the Beast in an effort to break that tradition and convince us that we should visit panto land more than once a year.

The story follows Belle from her quiet, provincial life in the village of Ooh La La to being held captive by the Beast after her father accidentally disturbs him. Village idiot Wally, his mother Dame Dolly, and the Good Fairy must rescue Belle and save the day.

The high energy was set right from the start as the Good Fairy, played by Kerry Katona, entered with enthusiasm and a natural command of the stage. This drive was then carried by the rest of the cast throughout and never once wavered, which encouraged the audience to join in and really get involved. Alongside backing and sound effects there were two live musicians, a pianist and drummer, who gave a real boost to the atmosphere, especially with that infamous and systematic “ba-dum-tish” of the drums. 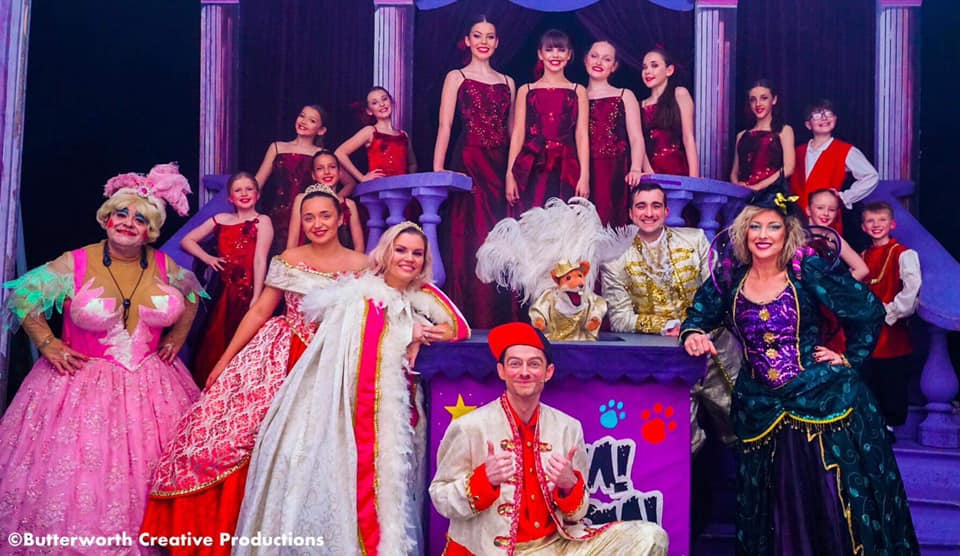 Gemma Bissix was well-suited to the evil Enchantress role, and lapped up the “boos” from the audience with a villainous cackle. On the other end of the scale, Lauren Platt had the audience rooting for Belle and wowed with her impressive vocals. National treasure Basil Brush had children and grown-ups alike smiling and laughing as the Beast’s assistant.

The highlight of the show had to be Wally and Dolly, the comedy duo, played by Ryan Greaves and Phylip Harries respectively. Individually the performers gave assured and entertaining performances, and together they had the audience in stitches – so much so that even the musicians couldn’t help but lose their composure at times and laugh along. The songs ’12 days of Panto’ performed by the duo and Belle (Platt), and ‘Perfect’ sang by the Beast (Karl Greenwood) and Wally (Greaves) were pure panto gold.

An extra element of the show is that local dance schools performed as the ensemble at each new venue; at Oldham Grange Theatre this was Footlights Failsworth. The talented youngsters seemed completely at ease on stage and held their own in a professional cast of big names. They danced superbly and their joy throughout was infectious.

This production was a true example of everything a panto should be: a beautiful principal girl with a voice to match, a loveable best friend, a naughty dame, one of the nation’s most beloved characters, a wickedly evil enchantress, a fun-loving fairy, puns and jokes galore, and an all-singing-all-dancing tale as old as time. What more could you possibly ask for!