I read recently that there are plans in place for a new Whitney Houston concert featuring a 21st century hologram that they recon will give punters the ultimate Whitney experience; I must say there is no need for a hologram as I have found the perfect Whitney Houston experience that fully embodies Whitney’s personality, her music and her amazing vocals - and its touring the UK right now!

The sensational tribute 'Whitney - Queen of the Night' at Buxton Opera House delivers an experience only matched with when I was lucky enough to see the real Whitney Houston quite some time ago. 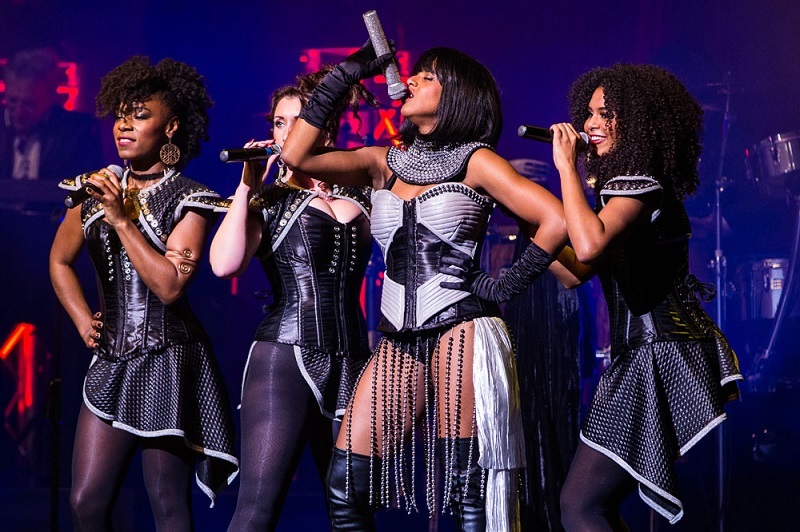 The curtain opens and already the atmosphere starts to build; it’s refreshing to see a full live band; from the sax to the keys; it's all live which just makes the whole experience pack more energy, sadly the sound levels of the Backing were too high in the first half and stifled the vocals.

Rebecca Freckleton performed as Whitney in a long white gown and launched with a rendition of 'so emotional' which vocally was pitch perfect, it was just hard to hear through the band backing. Freckleton's voice is outstanding and she does do justice to Whitney's impressive back catalogue and in the second half the sound seemed better and the experience was so much more enjoyable.

Freckleton was joined on stage by her band and backing singers who support her throughout the set with authentic live arrangements, I must commend the musical director for finding and working with the original live Whitney Houston scores to bring to live a true Whitney Houston show.

One of my favourite moments of the Night was during the performance of an energetic ‘I Wanna Dance With Somebody’ which got the entire audience on their feet, it was fantastic!

The night was full of the glamour and emotion of a Whitney Houston concert too with lavish costumes (which even feature the Bodyguard stage outfit) and emotional big ballads to tug at your heart strings.

By the end of the set, every member of the audience was up on their feet busting moves which is what it's all about; this show keeps the music of Whitney Houston alive and it's a fantastic night out, I just wish the sound could have been better as it really let down the first half. I’d see the show again though and hope it’s just a one off.

Verdict: Full of Energy from start to finish!