Milton Jones And The Temple of The Daft - Lowry

I went last night to The Lowry Theatre to see one of Britain's best comedy performers not quite half way through his two month tour of England. My experience of Milton Jones up to this point had been guest appearances on TV Shows such as Mock the Week, and he had soon become a firm favourite guest of mine because of his zany nature and bizarre sense of humour. I was therefore very much looking forward to spending an evening in his company last night.

The evening was actually two 40 minute halves divided by a 20 minute interval, and just to be different I shall talk about the second half first!

Here we saw Milton in full stride; doing what he does best. Pure absurdist humour without parallel. This is a one-man contemporary Goon Show!! Crazy puns and one-liners everywhere, as he take us on a crazy adventure to Teacher Island. He is Milton Jones, archaeologist, and his job is in ruins.

A digression... The promotion for this tour and indeed the title of the tour suggests a parody of the Indiana Jones films, however, apart from the theme of adventurer common to both, that was where the parallels stopped. I do think there is room for development on this idea. However, back to the evening...

The first half of the evening was somewhat of a let down and really rather disappointing. For the first ten minutes or so, Milton appeared dressed in the guise of an early 20th century explorer and delivered some rather feeble gags; material that was really not up to his usual standard. Is that why he wore a disguise perhaps?

There was some merit to the flag routine, but it went on too long and the sole purpose of this whole section seemed to be simply to extend the evening.

Then for the remaining half hour of the first half, we had to endure a different comedian altogether. He is not mentioned anywhere on the promotion leaflets nor in any of the advertising for this show, and as he quite rightly remarked during his act, we certainly did not come to see him. Yes, he really was the gherkin in the burger! His name was Chris Stones and, if I had gone to a stand-up night to watch various acts, he might have been one of the better ones; however, I went to see a one-man show which turned out to be two men, and the one man I didn't go to see taking up the majority of the first half.

In my life so far, I have been to only a handful of one man comedy shows; but this is the only time it has turned out to be more than one man; with the valid exception of Ken Dodd who brought along a whole tribe of Diddymen! Again, I may well be wrong, but it seemed like this was just padding because Milton didn't have enough material for a whole evening himself.

So, the first 40 minutes dragged; but if you do go and see Milton on his tour, persevere - or just turn up for the second half - once that starts, and he gets into his stride, then there is no stopping him and he has no equal!! 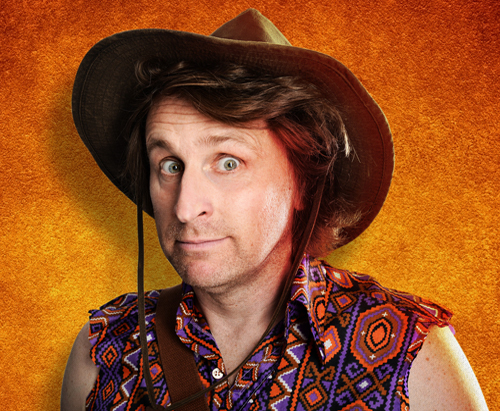