Making my way down to the basement from the Aces and Eights loud, gregarious atmosphere via the chipped stairwell, I was fully expecting a wall of damp to slam my nostrils and a dinge-fest to overwhelm my eyeballs. But it was not to be.

To my delight and surprise, what was down below was a quirky set-up of a basement if your old aunt Aggie was still alive to pour you a pot of tea. Quaint and cosy – and with air-con.

No MC was about and it was straight into this double-bill comedy act.

Adam was first up and when he announced he would be talking for 30 minutes, my inner guts groaned. Seriously, 30 minutes? Unbelievably, that time flew like the proverbial. I mean even Big Bang Theory’s just 22 minutes, but this Adam, with his “lighter side of mental” chat was scripted, entertaining and at no point involved the audience in any sort of prodding or pokery. 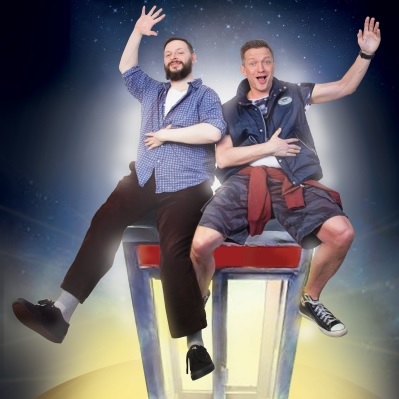 And then that was it. Adam had done his half hour in a surprisingly quick stint and then it was Julius’ turn.

There was no hint at any connection between the two comics, which was fortunate, because apart from being on the same bill, there are no connections.

Julius’ set was rather more retro and for those of a certain age (think 35 +) a wonderful reminiscence of days gone by. In fact, I rather think he used the term “Back in those days…” at least 40 times in the set. But none of that detracted from the fun and vitality he brought to the stage which even struck a chord with the younger clientele who clearly hadn’t even been born when the internet came of age.

For me he was a true hit. I loved his comedy style and his musings on life before the internet “Do you remember the time when you met someone and never had to see them again?” Oh the joys. Oh the freedom, the liberty he voiced!

But it wasn’t just all nostalgic bullshit. Mixed in with the fun and laughter was some good, deep observations on life – if you chose to see it. Julius embodies the generational voice of so many – Facebook feeds full of kids, interwoven lives and the whole digital legacy we leave behind.

This was a really pleasant enjoyable evening of laughs, smiles and smirks. They do relaxed comedy well and that’s a really difficult task to pull off.