Boys Don’t Cry Or Do They?

“Lads don’t cry. But what if you have to? When you feel like you’re going to explode. When everything’s closing in. And you don’t even know if you can stand it anymore. What then?”

In an age when suicide is one of the biggest killers of young men, Ben Tagoe’s intimate new play, When We Were Brothers, is timely exploring male friendship, masculinity, betrayal and the fragile nature of the male psyche.

Staged by site specific specialists Freedom Studio, and directed by their co-artistic director Aisha Khan, this deeply personal work premieres at The Underground in Bradford from the 22 April – 5 May, and will also be then performed at the Octagon Theatre Bolton’s Reveal Festival from 25-26 April.

Performed in the site-specific location of a bar in the centre Bradford, Ben Tagoe tells the story of Danny and Tommo, who have been friends since they were 8 years old. They’ve played, fought, and had each other’s backs just like brothers. 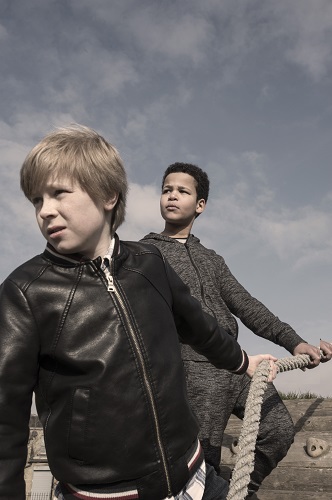 Now they’re grown up but Danny’s down in that London, and his old mate Tommo is off work and back in his old bedroom. But Tommo’s mum, Julie, is really worried about him, and Danny may be the only one who can help.

Ben Tagoe is a screenwriter and playwright based in Yorkshire who was selected for the BBC Writers Academy in 2011/12 and worked recently as a regular writer on Coronation Street. His plays include The Thing about Psychopaths, Bittersweet Sunshine for Red Ladder and Slung Low’s Vegan Wedding.

“The fragile nature of masculinity is a recurring theme in a lot of my writing,” says Ben Tagoe. “However, I've wanted to write a play specifically about male mental health and male friendships for a long time. Those relationships and the brittleness of the male psyche provide the central themes of ‘When We Were Brothers’.

“Since writing the play and losing a close friend to suicide, the subject of men’s mental health seems to have been talked about more and more in the media, which is a good thing. As a writer, I'd say it's something I probably find easier than most. However, as I've been writing this play, I've started asking myself just how comfortable I am about showing vulnerability myself. And the answer is I'm probably not as comfortable as I thought I was.

“As I've gotten older, I've also started to realise just how common it is for men to express fear or sadness through anger or violence. I wanted to write a story about two friends who both learn to address that in themselves, but at different times and in different ways. For one of them, it’s a matter of life or death”.

The cast features Philip D as Tommo, Levi Payne as Danny and Vanessa Pound as Julie.