This week I have handed over to one of my new cast members Alex Thompson, Alex joins the show for the first time in the role of Chuck Traynor, Linda Lovelace’s violent husband. Alex along with his co-star Celine Constantinides get some of the most brutal and powerful scenes in the show, and Alex has taken them to a whole new exciting level. I will be back next week with my own blog about the show, but for now, here is Alex

Hi, my name is Alex Thompson and the main character I'm playing in Porno Chic is Chuck Traynor, as well as a few other roles in the show, I'm new to the show and Vertigo. When Craig cast me, my first thought was WOW, this play looks crazy and a lot of fun. At this point I didn't know I was playing Chuck, but then Craig said he saw me as Chuck so I did some research on him. I've never played a character like this before so it's very different for me - which is a good thing. When I first auditioned I was told that the show had been on a couple of times before so I would be joining the current cast. It is a hard thing to do when you’re joining a cast where the actors before have done such a great job, but I embraced the challenge and have put everything into creating my own version of the character. 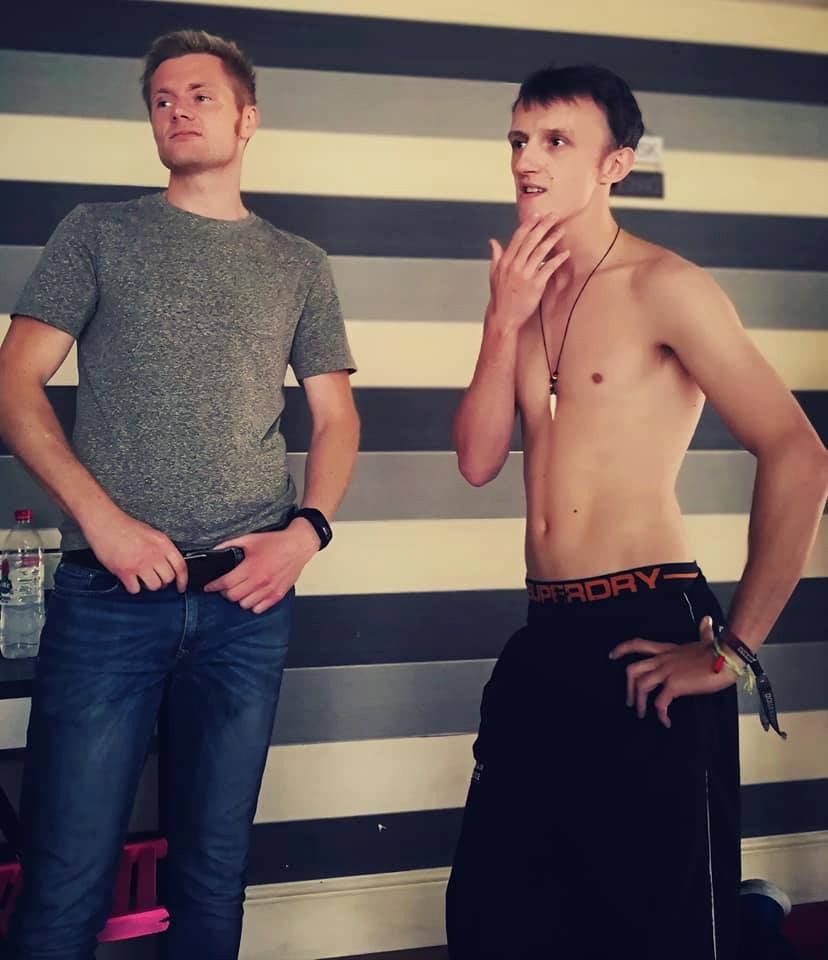 It's a strange part to play because my job is to find the truth in Chuck, not to judge him. Those watching however will see a monster and any reading you do on him makes you think it's not the kind of guy you want around. The best thing about playing him though is that I am out of my comfort zone. Craig said to me to go as far as I wanted with him, and that he'll pull me back if needed, which is amazing for an actor. That's what I've done for Chuck - I want to show what he was really like, I want him to be likeable to the audience at points, because there were a lot of people that liked him, but there were more that hated him, so it's about getting that switch right.

Working with Craig and the cast has been great. They are a bunch of such talented people, and I feel like I'm learning something every week. The play looks at some real harsh and uncomfortable parts of the porn industry, but has an underlining comedy too. I can imagine as an audience member it will be a bit like a rollercoaster; one scene you’re feeling down, and the next scene you’re feeling up (I’m not giving any more detail as I don’t want to give any spoilers!). In rehearsals though, it's just fun all the time and laughing (unless you’ve not learnt your lines... I’ve not been fired yet....). There is loads of support from everyone involved.

There are sex scenes/nudity in the show, which is obviously uncomfortable for any actor, but the way Craig explained it at the start of the process was great and made you feel a lot more at ease. I mean, yes, at first you’re like “SHIT I HAVE TO TAKE MY CLOTHES OFF” and coming into a cast that have worked together before I was dreading it, but there is a great deal of support from all the cast and your mindset becomes as such that it’s not you getting nude, but actually the character you are playing. I do feel so lucky to be a part of it.

We hope you enjoy watching the show as much as we've all enjoyed creating it. I have to say, when this process is over I will really miss the team.

All the best and thanks for reading,