All My Sons - Gladstone Theatre, Wirral

The Bebington Dramatic Society bring us the Arthur Miller play “All My Sons” with first time director William O’Neill.

The play is set in the back yard of the Keller home on the outskirts of a mid-west American town soon after the end of World War II. I will mention here the fantastic set and artwork, design and built by Keith Hill and Pete Green.

The Keller family are still reeling from the loss of their eldest son, Larry, whose plane went down during the war. His mother Kate, wonderfully played by Pauline Garland, cannot let herself accept that Larry is dead and she won’t let her family move on either - she still shines his shoes ready for his return. Joe Keller, sensitively played by James Kay, supports his wife but he secretly believes that his son has gone. Their younger son, Chris, played by James Dorman, has accepted the loss and wants to move on. If fact he wants to marry Larry’s former girlfriend Ann Deever, played by Charlotte Cumming. As well as their mutual grief the families share a shame that ended up with both Joe and Ann’s father being imprisoned for profiteering and murder - although Joe has gained early release. 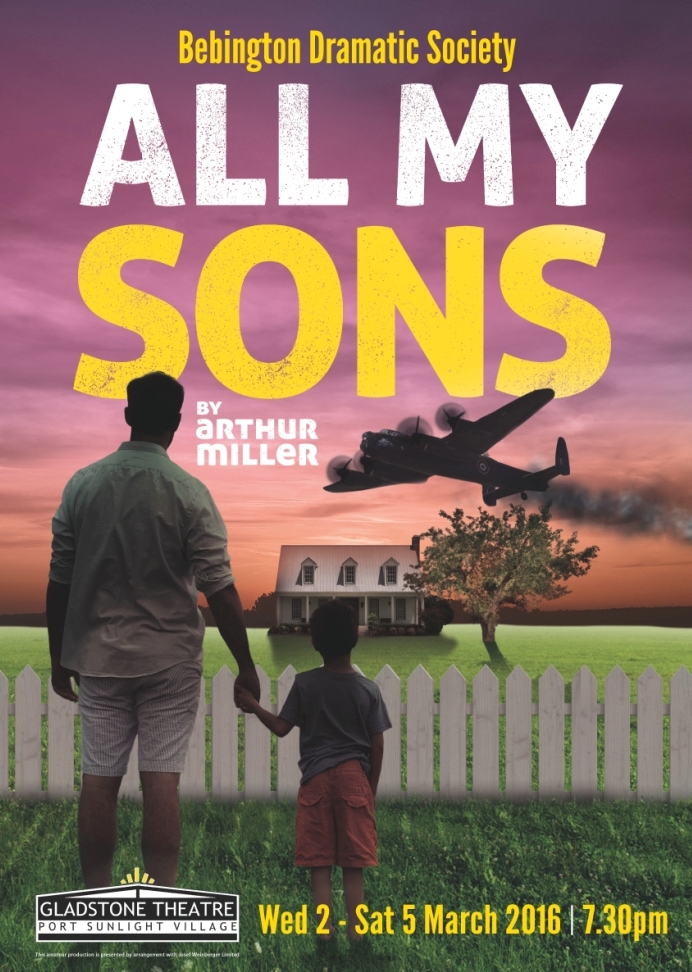 This classic two act play has a veneer of lightness but the undercurrents of intense sadness, lies and betrayal begin to swell, reaching an intensity in the second act which did move me to tears. This swell of emotion was masterfully ridden by Pauline Garland and James Kay, they created characters that were believable, warm and endearing, which made the events at the end of act two even more moving. The same can’t be said of James Dorman and to a lesser degree Charlotte Cumming. I found their performances charming but their emotional vulnerability seemed, at times swallow and choreographed - James Dorman’s performance left me particular cold, up until the very last scene when it seemed that he finally let go and allowed the emotion of the piece to wash over him. His likeness to a young Nicholas Cage didn’t go unnoticed either, another actor that, I feel, can be emotionally distant.

The supporting cast created characters that added light and shade to the piece. They enabled the central performance to shine through. Special mention must go to Antony Kirk, as George Deever, who brought a very edgy performance which cut through the sweetness and light of the early scenes and propelled us towards the tragic end. I was particularly impressed by the young Dominic Williams as Bert, who played particularly well with James Kay, their scenes caused the audience to warm to Joe Keller, before we became aware of his seemingly darker side.

Overall it was a great evening of theatre from a great cast in the wonderful venue of the Gladstone Theatre. I look forward to seeing their next production, “No Dinner For Sinners” in June.