The Ladykillers started life as a 1955 film made by Ealing Studios and directed by Alexander Mackendrick.  At the time of its original release, it boasted and all-star cast including Alec Guinness and Cecil Parker and the 2004 Cohen Brother’s American remake starred none other than Tom Hanks.  In 2011 TV writer Graham Linehan (known for sitcoms such as Father Ted and the IT Crowd) adapted the film into a comic play which premiered at the Liverpool Playhouse.

Hosting this black comedy during its current run is Oldham’s Lyceum Theatre.  Unfortunately the evening did not start well as the theatre is very difficult to find.  That said, the Lyceum itself is a beautiful little basement with a quaint atmosphere and seating for around 120 audience members.  The intimacy in the theatre may have seemed a little claustrophobic to some but I really loved it. 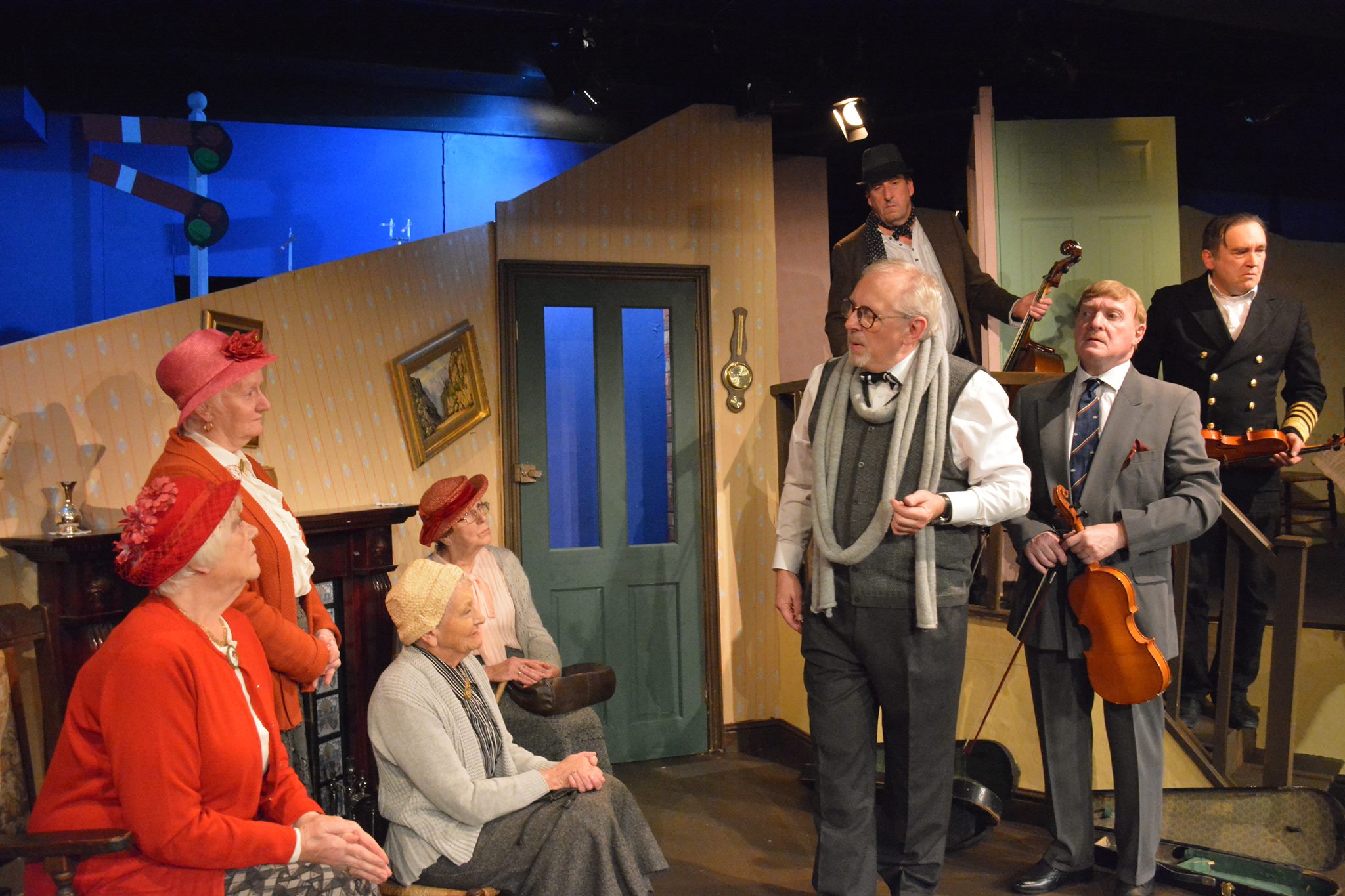 Once seated, I was immediately drawn to the staging, which at first glance appeared to be quite simple.  It did not take long to realise that the staging was actually very complicated and cleverly and strategically placed to include all necessary locations whilst managing to make them look separate and apart from each other. Little details like cracks in the walls, the wobbly pictures on the wall and the way whole house shook every time a train passed added authenticity and really made the audience believe they were in a rickety old house in the heart of London’s King Cross.  Hitting the pipes with a hammer to make the water work was hilarious and I could really imagine people having to do that in the 1950’s, when the play was set.  The lighting was also excellently timed throughout and never once did I feel that blackouts lingered too long or dimming lights done inappropriately.  There were some occasions when stage crew were seen removing/adding props which is not necessarily a criticism.  It was an obstacle that had to be faced due to stage size and setting and did not really take any focus away from what was happening on stage.

The main characters Mrs Wilberforce (Joan Duffin) and Professor Marcus (Phil McCarthy) were brilliant together and other than a few mishaps with the script had great comedy timing.  They were complemented by the rest of the cast who each made an impact on the smooth running of the performance.  I wouldn’t say that there were any standout performances, each character brought what was needed to make the show work and all did a really good job.

There were some quite sad issues explored in the play, probably most so the naivety of a lonely old lady who misses her husband and just wants some company.  To watch her so hugely taken advantage of reminded me that this is still a big issue, even in today’s society.  On the whole however, the dark aspects of the show were perfectly balanced by the comedy aspect and I came out feeling happy that old Mrs Wilberforce (Duffin) had the last laugh.