Fame at The Forum Theatre, Romiley

I always enjoy visiting NK Theatre Arts as they put on such high standard of show at The Forum Theatre, Romiley and their latest offering is no exception. A show that demands 'Hard Work' in all disciplines of dance, singing and acting that it features, FAME shows the typical stresses and strains of life as a student at 'The High School of Performing Arts' in America.

We are introduced to during the opening 'admissions' scene where we see that among the hopefuls are Nick Piazza (Ben Taylor) and Serena Katz (Dawn Wrigley), who we see develop as lovebirds when Serena recognises Nick from his peanut butter commercial that he hopes doesn't get 'spread around'. This sets the level of clever wit that follows throughout the show. The pair have some lovely scenes, both appearing real yet innocent, particularly with their beautiful voices when they 'Play A Love Scene' and during Taylor's solo of 'I Wanna Make Magic' - He does and even has the cast applauding his talents.

Other 'triple threats' have to be John Dean's Joe Vegas - a cheeky chap from The South Bronx who takes a shine to Heather Schofield's feisty Carmen Diaz - who we learn 'Can't Keep It Down' and enjoys split jumping and 'Dancing On The Sidewalk' (which involves the cast dancing down staircases through the audience). Carmen has some nice scenes but none more poignant than the second half's 'In LA', adding to Ben MacKenzie's emotive one-liners expressing his love for her. A highlight of this is the reprise of 'Bring on Tomorrow', a song they wrote together and he sings in tears during the final graduation scene which brings a powerful end to the show. After his NK debut role and now this, Ben is clearly one to watch.

Tyrone Jackson (Arnold Mabhena)'s talents in the arts are not admired by English teacher Mrs Sherman (Louise Shufflebottom), shown when she failed him in the subject. We later learn that his 'cafe free attitude' is down the fact that he can't read, despite his impressively fluid rap. To his defence comes dance instructor Mrs Bell (Emily Tushingham) who states his talent for dance before the pair duel in 'Teachers' Argument', later leading to show that Mrs Sherman does care, proven through 'These Are My Children'.

Tyrone's dance partnership with Iris Kelly (played brilliantly by Lucy Dean, who it is hard to believe took on the role just 2 days before the show in place of Sarah Wood who rehearsed but was unfortunately unable to play the part due to injury) is lovely to watch, developing from reluctance to a fluid and effortless chemistry.

Comedy comes from Serena, but more from Director, Choreographer, MD Hannah Gorst who took on the role of 'see-food dieter' Mabel Washington on the final night in the absence of Charlotte Lavelle.

Although some songs could have been faster in the first half, and despite a few microphone hitches as they were in act two, (and a slightly mistimed lighting cue at the start) the show is full of energy, empathy and raw talent.

Music and acting teachers, Sheinkopt (Matthew Rigby) and Mr Myers (Joe McGrath and his onstage wife Jennifer Getcheffsky) were played well and the Oscar for best cameo has to go to Becky Cheetham for her second half sweeping.

This high energy show demands focus and concentration, as well as rehearsal, and companies like this prove over again why we at North West End attempt to promote shows on the same level as professionals.

The show couldn't finish with any other song but Irene Cara's hit of the title track proving that the spirits and talents of younger casts like this will 'live for ever'. 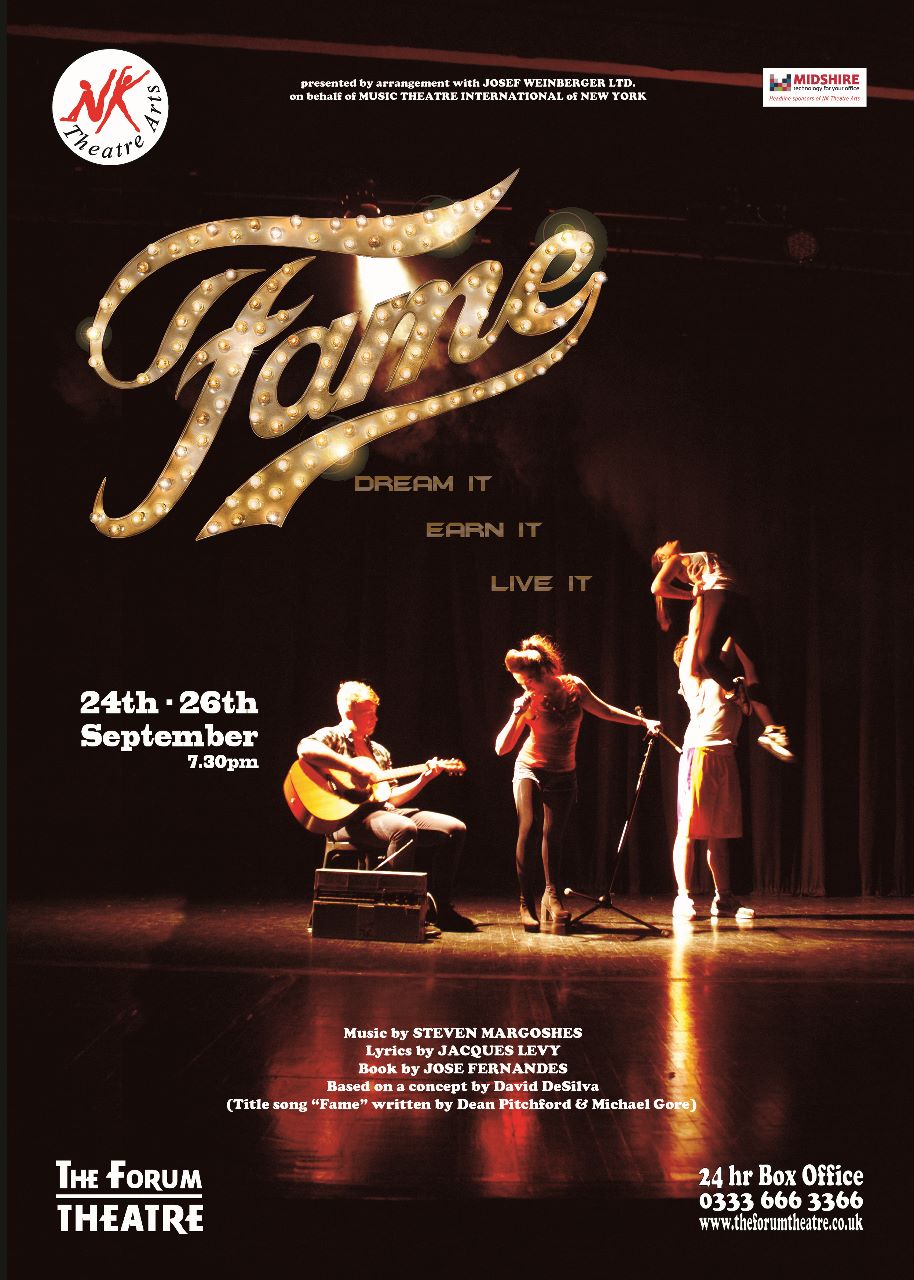