This weekend Sheffield’s annual Migration Matters Festival kicked off and I took a visit to the Theatre Deli to see Jericho’s Rose. Althea Theatre’s production explores what it’s like living as an artist who is forced into a position where you have to move country regularly whilst looking after a grandfather with dementia. The two themes are tackled brilliantly and very creatively.

Lilac Yosiphon performs the show playing both the artist and the grandfather, along with many other characters. The way she moves is graceful and wonderful to watch, her characterisation through body language is fantastic and she has written the show very well. It feels very personally influenced and the audience definitely feel a real connection with the characters in the piece. 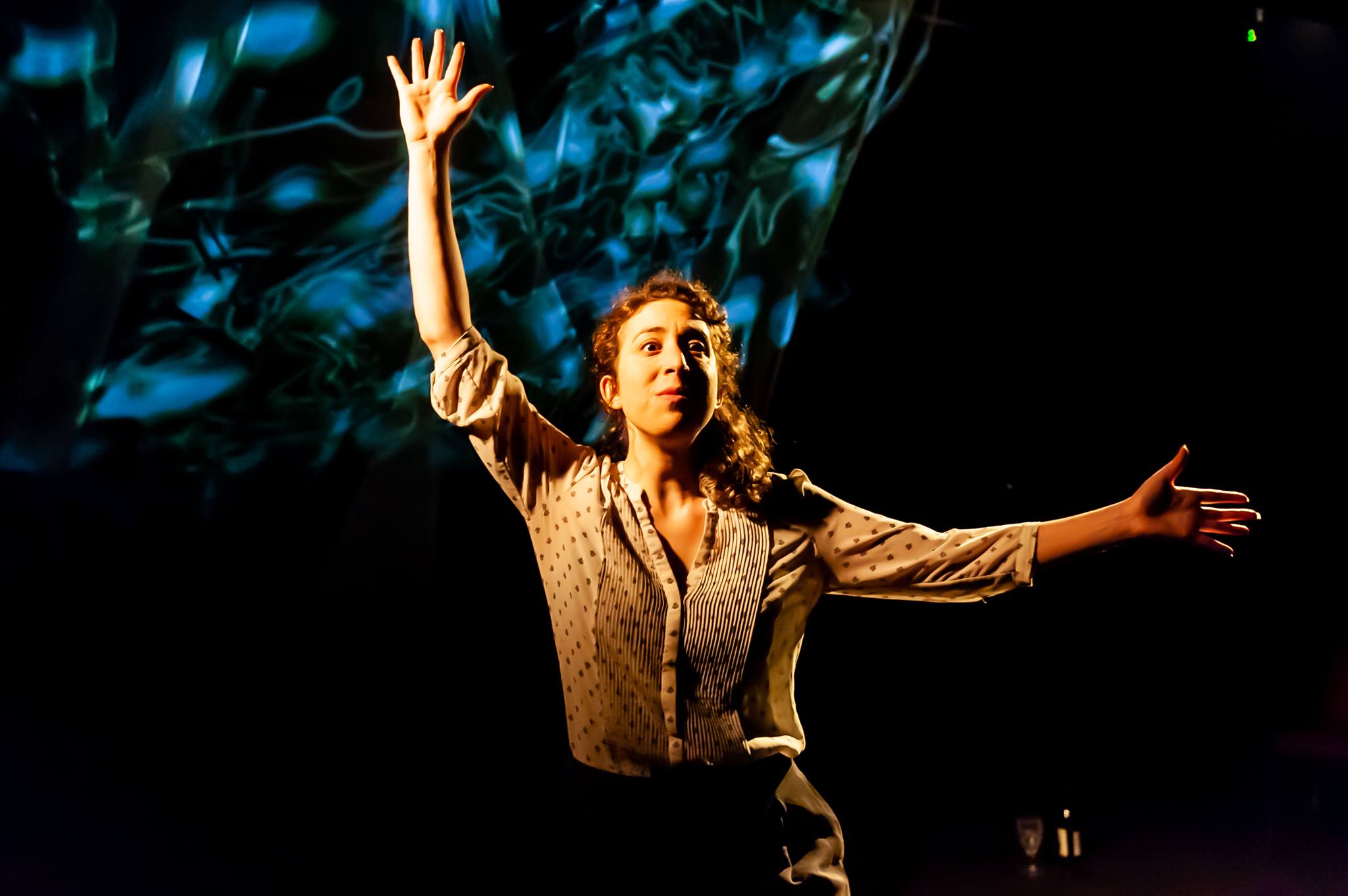 Sam Elwin’s music fits the piece perfectly. The live music and recorded sound blends together seamlessly and you could tell a huge amount of work had been put into this and making sure all the timings were spot on. Annie-Lunnette Deakie-Foster’s movement was lovely to watch, although there were points at which it didn’t seem to develop the plot or characters hugely. It did work well to highlight transitions between characters though. Will Monks lights the show well and shows the changes of time and place very well, although his projections often seem a little unnecessary and distracting.

The show, at times, does start to feel very repetitive. For the most part it works in creating the grandfather’s character but sometimes it feels a little too repetitive and starts to drag a little bit. That being said, the minor changes in repeated sections work very well and have the impact needed.

This production does a good job at exploring its two key ideas and creates characters brilliantly. Definitely go and see Althea Theatre if they’re performing near you and be sure to support the other work being performed or displayed as part of the Migration Matters Festival.