The Oresteia - The Lowry, Salford

The Oresteia is yet another brilliantly adapted and stylised educational piece from Splendid Productions. The Quays Theatre at The Lowry filled up with theatre studies students, and Nuala Maguire, Grace Goulding and Tanya Muchanyuka did an expert job at keeping them engaged for the whole hour long show.

Aeschylus’ tale of murder and vengeance is traditionally in three parts, the trilogy exploring revenge and justice as a family brutally tears itself apart via ‘The Furies’, female infernal goddesses, who narrate the tale murder by murder – feeding on injustice.

This is where Splendid struck brilliance – not only was the show engaging and easily accessible to the audience, they kept incredibly dark themes light with humour, audience banter, music and hyperbolic characterisation; but it was also highly topical and modernised to be just as relevant in the present day. 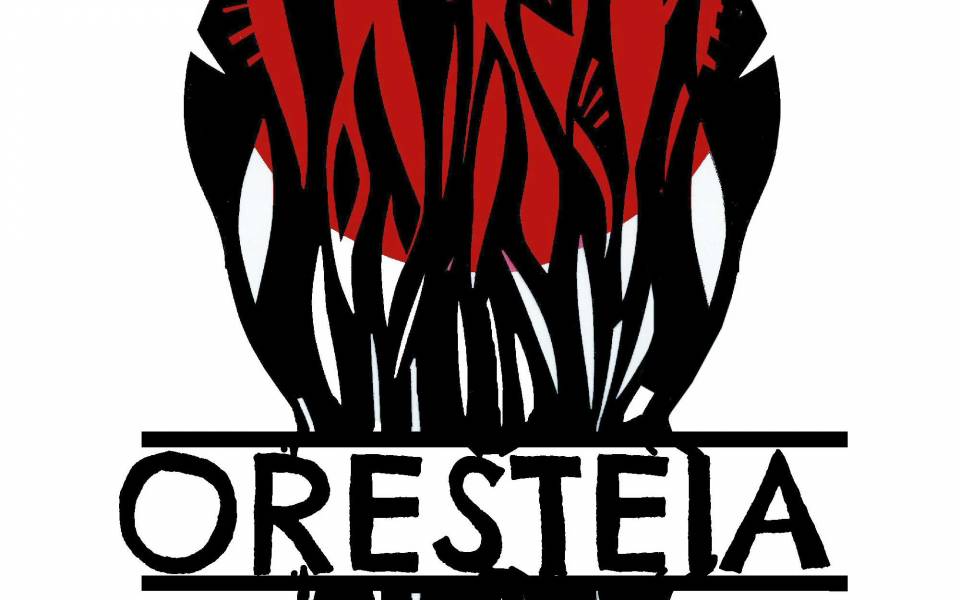 As with any Brechtian adaptation, there was no set design, or props as such, simple costume symbolism – everything was acted out by the trio on stage using only red scarves to distinguish each character visually. The Furies wore red caged skirts when they were acting ‘civilised’, which became an icon for the pieces themes as a whole, especially paired with heart shaped rose-tinted glasses!

The Furies put on these caged skirts when they felt the need to be civilised, which the text explores the idea of in questioning the legal justice system, but they were mostly used as a metaphor for how women were so drastically oppressed in Ancient Greece, and the modernising made it impossible not to apply it to modern day. Intrinsically feminist, this piece gives a voice to the voiceless women powerfully and factually with no room for misinterpretation.

With adlibbing including references to ‘the wall’, ‘nasty women’, political scandal, distraction techniques, calling out privilege and ensuring all positions of power were questioned as well as showcasing all the ways that women were exploited and scrutinised whilst men were showered with adoration Splendid Productions did a more than excellent job at dragging a text from 5BC straight into 2018.

The house lights remain on for this relaxed performance, more of a workshop than a night at the theatre, The Oresteia uses so many levels and mediums, including (some very catchy!) songs, soundscapes, musicality, symbolism and choral work to deliver a brilliant adaptation that students and theatre-goers alike would be lucky to catch.