Meek takes places in a dystopian world where Christianity rules the law of the land and unfortunately for Singer-Songwriter Irene (Shvorne Marks) blasphemy is a sin punishable by death. The story takes place after Irene is arrested for performing a song which someone has mistook to be blasphemous and reported her to the authorities. However, it appears she is getting a more severe punishment because she is a woman.

The action takes place in Irene’s cell where she is often visited by her friend Anna (Scarlett Brookes) and solicitor Gudrun (Amanda Wright). From this we learn Irene dreams of living in Europe and was planning on fleeing on 21st June. However, she was arrested before she had a chance.

Unbeknown to her Irene’s story has gained the attention of a million of people across the world calling for her release. When the authorities hear of her fame she is offered a choice, but which one will she take? 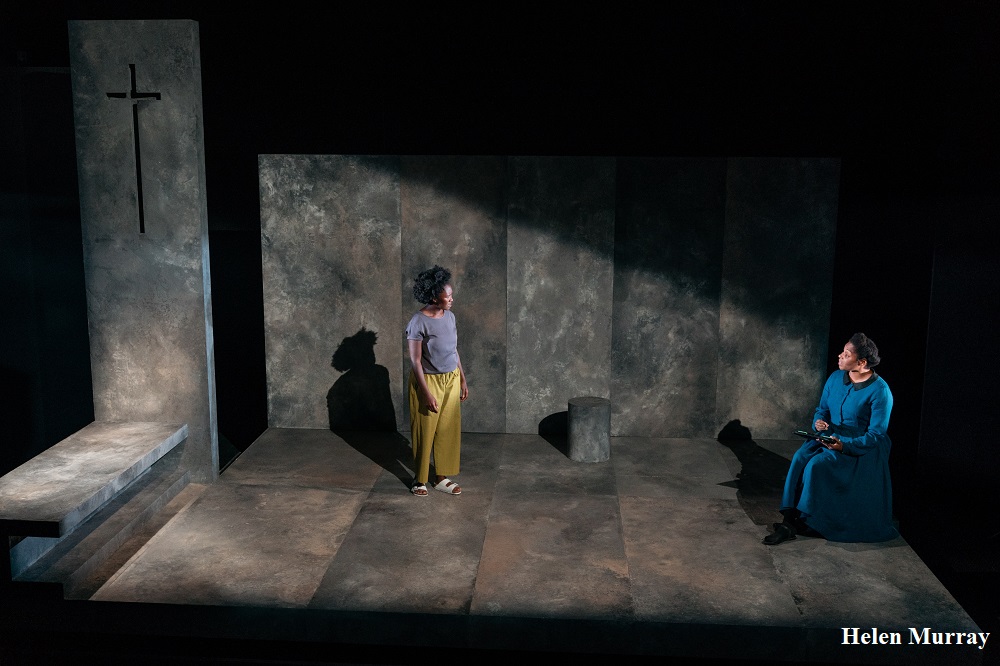 Written by Penelope Skinner, Meek is certainly an interesting topic and is quite possibly a subtle way of looking at the #MeToo movement. However, it never once feels like preaching, the narrative is telling the story.

Given that this was first staged at the Edinburgh Fringe Festival I was taken aback by how large the set was. There were 2 stools and a bench with a marble-esque backdrop, and a cross carved into the set.

As the play progresses some twists are introduced and it’s here where Meek loses its sparkle - I think the story was strong enough on its own. I think the narrative could have offered more detail as some of the details weren’t transparent.