The Stretch evolved from last year’s production of a JB Shorts play which was 15 minutes long and has been re-imagined to its current length of an hour. Arts Council England funding has allowed the piece to be developed by TV scriptwriter Joe Ainsworth alongside Director Simon Naylor (MAP – Manchester Actors Platform). The team have sought guidance from HMP Forest Bank whose input has given the play an air of realism as the content is based upon true experiences.

Our main character Lee (James Lewis) has been convicted of murder and sentenced to ten years in prison. The Stretch is the story of how he copes with prison life and his day to day torment. As the realisation of what he has done starts to hit him and the ripples that slowly extend through not just his own life but other people’s, he experiences the slow torture that is ‘serving time’. 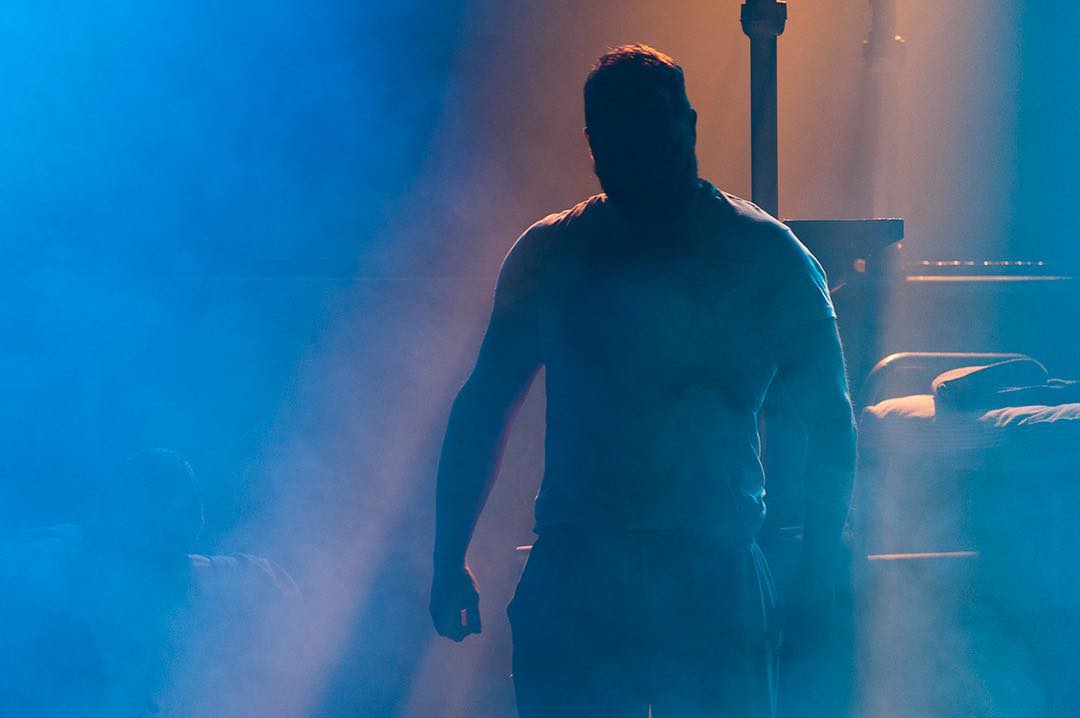 When he first enters prison he feels euphoric, the hard man. Wasn’t he innocent? He hardly touched the guy!   Anyway, his Mum and girlfriend will continue to fight for his release, won’t they? As time lethargically moves along, he begins to realise that life on the outside world carries on without him and he has no control over the lives of his loved ones. He becomes embroiled in the seedier side of prison life taking drugs and hiding behind is new role in the prison. He soon realises there is no-where to hide in prison, even the prison guards feel like they are serving time.

On entering the theatre space there is an immediate impact as the staging is simply made from scaffolding and wire netting, but the lighting design has added dark corners and the fact that the stage is set under one of the natural arches of the theatre adds to its penal feel. The fact that they did in the end find a prison loo, and indeed use it in the play adds a slight ‘cheekiness’, literally! The TV screen plays prison pictures but at moments during the play where Lee is feeling tortured, it shows a symbol of his mental torment and his fellow inmates don their hoods and through choreography and haunting music, they communicate his suffering.

It is always a good sign when after seeing a play, it plays on my mind. Strangely enough I even played a Johnny Cash song from his concert at San Quentin on my way home (I know weird).

The casting was inspirational as James Lewis was perfect for the role and the supporting cast do exactly that! I struggle to think of anything I can fault as the rhythmic delivery of the play was done with perfect timing, the length of the play was just right, and the lighting, staging and sound added the right amount of atmosphere without going over the top. Simon Naylor showed how good his direction is by producing a sleek but gutsy play produced in Manchester, for Manchester.