Auntie and Me - King's Arms, Salford

Written by Morris Panych, ‘Auntie & Me’ is a play about Kemp, a strange loner, who receives a letter from his Aunt in which she informs him that she is dying. He rushes to her bedside to await her demise...and he waits...and he waits...

For the majority of the play, the bedridden Aunt – Grace (Siobhan Edge) – is silent; communicating her reactions by facial expressions alone and Kemp (Sean Mason) is the weird, manic depressive, cynical nephew who relates his strange and unconventional childhood and peculiar adulthood by venting at Grace. For most of the play, the Auntie is Kemp’s muse for him to expunge his bitterness about life in general. She is the main focus of his resentment as he feels that she abandoned him for most of his life, only visiting once and never responding to letters and photographs he sent to her. Through this, we learn things about Kemp and he’s certainly an interesting (and weird) character. 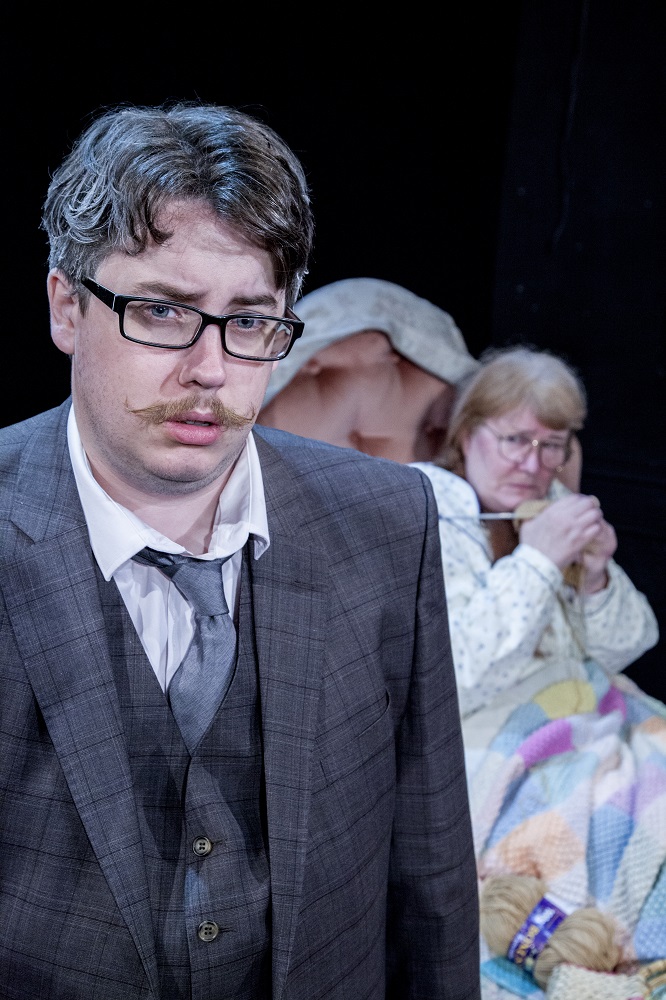 Sean Mason plays Kemp expertly. He is a prissy oddball, given to bursts of hysteria and at times appears quite unhinged. Sean did the character justice and skilfully delivered the comedic lines to great effect.

This play is a comedy but there wasn’t enough comedy in it for me. When the comedic lines came, they were very good and delivered extremely well but there just weren’t enough of them. It is an unbalanced mix of humour and depressing reality which I didn’t think sat well together. Whilst there is certainly room for some depressing reality (as Kemp himself is a depressing person), the ratio didn’t quite succeed. Kemp’s character is woeful, depressing and cynical and this was sometimes funny but a lot of the time it was just, well, depressing.

My issue isn’t with the acting or direction, which I thought were very good. It is with the writing. The play is overly long and some bits are a little boring. It could be tighter and shorter which would have the effect of making it more comedic than it is.

There is a twist which came an hour into the play and it was well worth waiting for and I very much liked the way it was done – with realisation dawning on the audience which made for a great reaction. It did take a bit too long to get there and I also think it should have ended at this point or very shortly after as it would have been a good high point of comedy but instead it ends quite bleakly.

I liked the direction: at the end of each scene it went to blackout with a short burst of 1940s big band type music which ended abruptly when the next scene began. Most of the scenes ended with Kemp making a comedic reference to his Aunt’s imminent demise and the blackout made it punchy. I also liked the simple, yet effective way that the lighting was used to represent fireworks on New Year’s Eve. The Director (Brainne Edge) has certainly paid a lot of attention to detail and it worked well.

I believe this play has the potential to be an extremely funny black comedy but it needs to lose some of the blackness and concentrate more on the comedy.